When it comes to Meghan Markle’s royal romance with Prince Harry, Priyanka Chopra has her pal's back. The Quantico actress chatted about her friend and her own love for London on Monday. ”I’m a friend," Priyanka told E! News at UNICEF's 70th anniversary celebration, after being asked if she supports the couple’s relationship. "And I'm going to be a good friend to whatever my friends' needs, not just her." 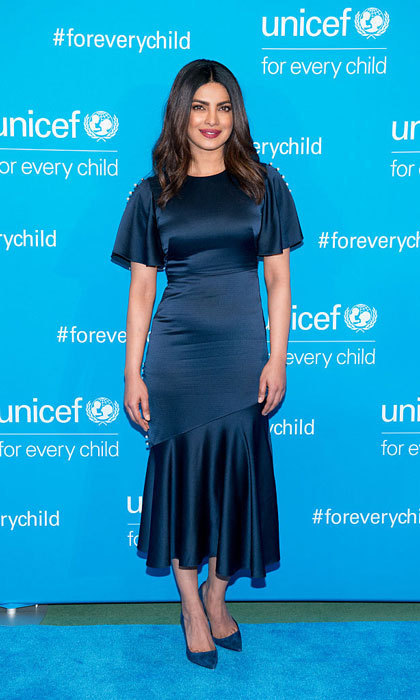 As for whether she’d be excited for a possible royal wedding? The Indian beauty answered, “I love London,” adding, ”I would go anytime...I mean the Queen just has to invite me if that's what you're asking!"

Priyanka was appointed as a UNICEF Goodwill Ambassador at the December 12 anniversary event held at the United Nations headquarters in New York. The 34-year-old turned heads donning a navy hammered satin dress with pearl button details by Prabal Gurung for the occasion, which David Beckham and Orlando Bloom also attended.

Two weeks prior to the UNICEF celebration, Priyanka and Meghan enjoyed a girls’ night out in Los Angeles. At the time, the Baywatch actress shared a photo of herself and Harry’s American girlfriend writing, “Girls just wanna have fun.. @meghanmarkle @mubinarattonsey #LAlife.” 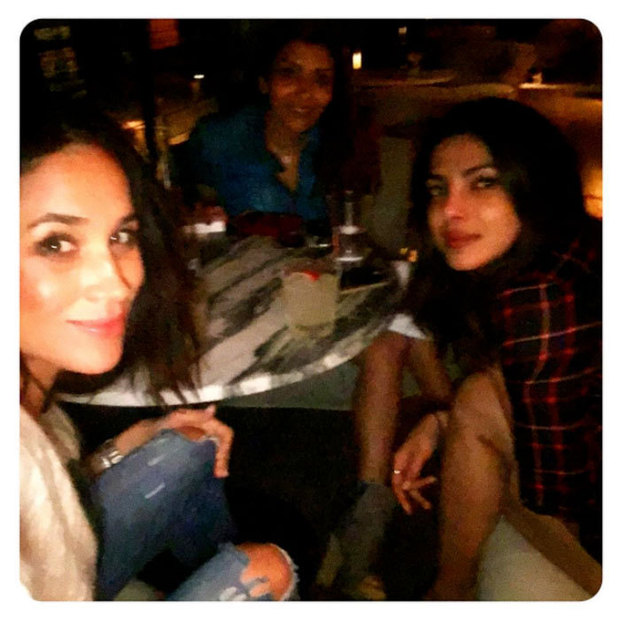 Priyanka was able to catch up with Meghan over Thanksgiving in L.A. Photo: Instagram/@priyankachopra

Meghan has since left Los Angeles and was spotted across the pond on Monday evening Christmas tree shopping with her royal beau at London's Pines and Needles. "Prince Harry was with Meghan and hilariously the staff only recognized Meghan at first – they were so excited to have the girl from Suits there," a rep for the shop tells HELLO!. "It wasn't particularly cold but they were gloved and hatted out. They arrived in a car and picked up a tree – they were there for about 15 minutes browsing and then having a look, then they selected their tree and Harry carried it on his shoulder once it was netted up, back to the car."

HOW STARS ARE GETTING READY FOR THE HOLIDAYS

The spokesperson added, “They were completely charming together and blissfully unaware that our jaws had hit the floor. They chose a gorgeous Nordmann Fir and walked away after exchanging Christmas pleasantries.”