Alec Baldwin and his adorable brood are the stars of HOLA! USA’s new December/January issue. The SNL star and his wife Hilaria Baldwin, along with their three children – Carmen, Rafael and Leonardo – opened up their New York City home to HELLO!’s sister brand to chat about their relationship and raising bilingual kids. 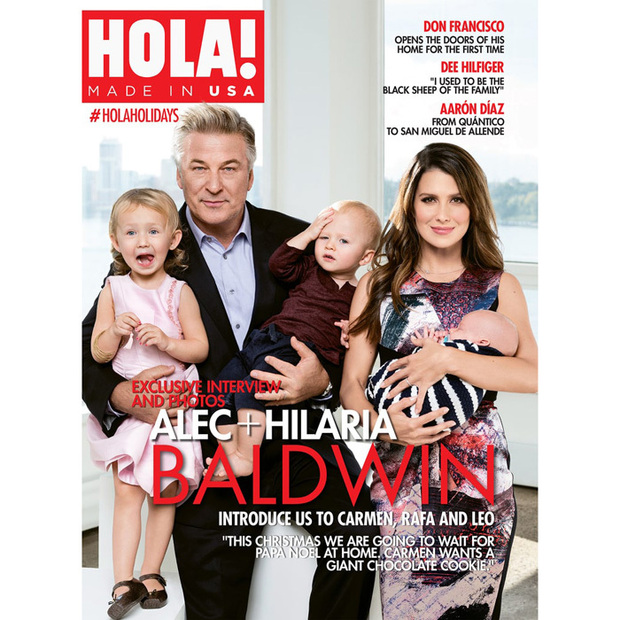 The 30 Rock alum and yoga enthusiast tied the knot back in 2012. Since then, the pair has expanded their family and recently welcomed second son Leo in September. And like their mother, the Baldwin children are being raised to speak Spanish.

HOLLYWOOD STARS IN THEIR GREATEST ROLES AS PARENTS

“Carmen’s first language is Spanish. I only speak Spanish to her,” the Majorca-born beauty said. The couple’s little girl switches from the language to English when communicating with her dad, who is currently learning Spanish. Alec joked, “It’s really difficult to keep up. Maybe by the time I’m 90, I’ll nail it.” 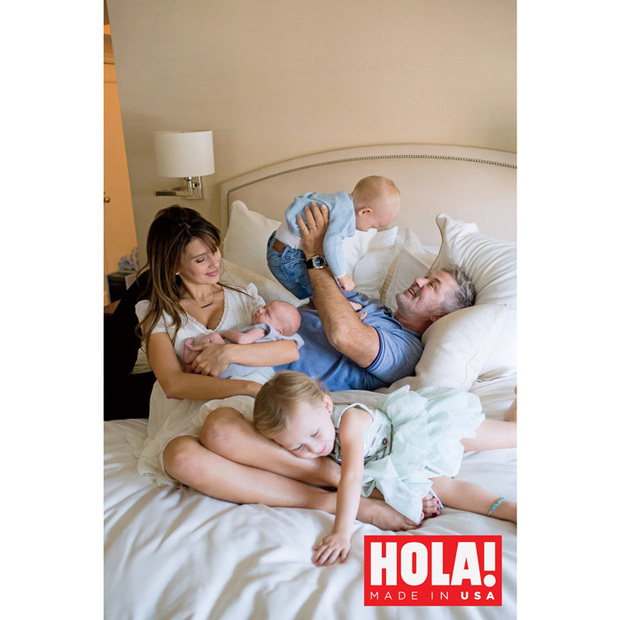 Back in September at the HOLA! USA launch, which the Baldwins hosted, the actor showed off his foreign language skills, revealing some of the Spanish phrases he uses on his little ones. "I say to my son no muerdas [don't bite]," the 58-year-old revealed. "He bites me sometimes." The actor also admitted that he has to tell his son, "No comas eso (don't eat that). [Because] he tries to eat the rock on the driveway."

One-year-old Rafael isn't the only one in the Baldwin household who is keeping his parents on their toes. Alec also has a laundry list of Spanish rules for Carmen, which include: "No escupimos (No spitting). No pegamos (No fighting). No gritamos (No yelling)." He added, "That's all I know. Don't spit. Don't kick."

Alec's oldest daughter Ireland with ex-wife Kim Basinger has also enjoyed being a big sister to the three little ones. The 21-year-old told HELLO! in September, “It’s just fun to see them grow and they act like me already and I’m like ‘oh god.’”

For more from the Baldwins on their relationship, children and a look at their home, find your copy of HOLA! USA on newsstands or subscribe to the magazine in English or Spanish here.