Chrissy Teigen has her husband to thank for her daughter's behavior. The Lip Sync Battle host opened up on The Ellen DeGeneres Show on Tuesday about her five-month-old daughter Luna. "She's a good baby," the 30-year-old mommy said. "We are sleep training right now and she is a good baby, because she has John's temperament. Thank goodness."

Chrissy and her husband John Legend, 37, welcomed their daughter, who is their first child, in April. The model, who documents all of her daughter's milestones, was surprised to learn that her daughter would lose her hair. "No one ever told me that babies lost all of that hair," she joked with the talk show host after she flashed a photo of Luna on the big screen. 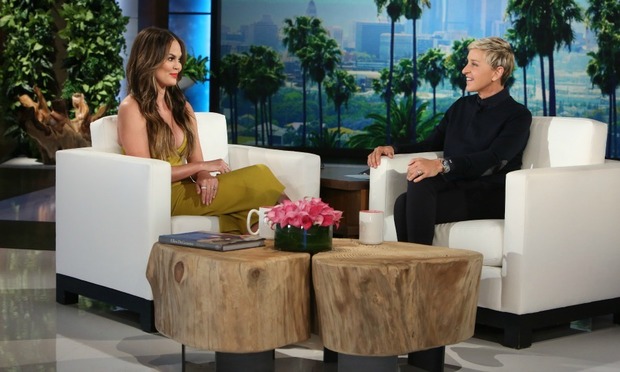 Chrissy talked about her daughter and the perks of her new house Photo: Michael Rozman/Warner Bros.

The Sports Illustrated model's family celebrated another big event, their move. Chrissy shared that they now reside in the former house of one of the biggest pop stars in the world. "It actually used to be Rihanna's house," she shared. "Like I never in my life thought I would be cool enough to have a Rihanna pad, ever. It's hysterical."

So funny in fact, Chrissy takes full advantage of calling the We Found Love singer's place home. "The one fun thing that does happen is I'll get a bill of hers," she said. "I want to give it back to her, so I tried to bring it to the Grammys and John was like 'No. That doesn't look cool. You're embarrassing me, please don't.'" 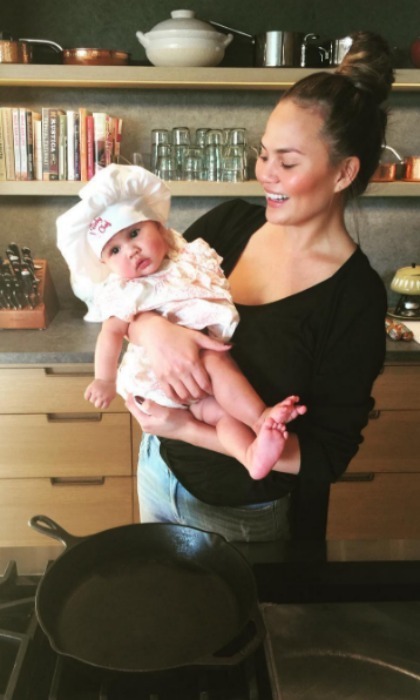 When Chrissy isn't opening Rihanna's mail, she is openly following the election on Twitter and being an advocate for voting rights. Chrissy shared how her and her husband are encouraging people to prepare for the upcoming election. "We're out telling people to vote, without telling anyone who to vote for," she said. "But, I'm sure if you follow me, you know my thoughts on who to vote for. But we just want to get young people registered and get people really excited to vote."

CELEBRITY PARENTS IN THEIR CUTEST ROLE