If imitation is the sincerest form of flattery, then Gwen Stefani’s son Kingston Rossdale really likes his mother’s beau Blake Shelton. The No Doubt singer and ex-husband Gavin Rossdale's eldest son had fun with his mom's Snapchat account on Saturday playing with a number of filters, before face swapping with the country crooner.

After trying out a yorkie dog, wanted cowboy and various other filters, the ten-year-old hilariously swapped faces with an image of Blake, while singing along to the singer's hit 2011 tune God Gave Me You. 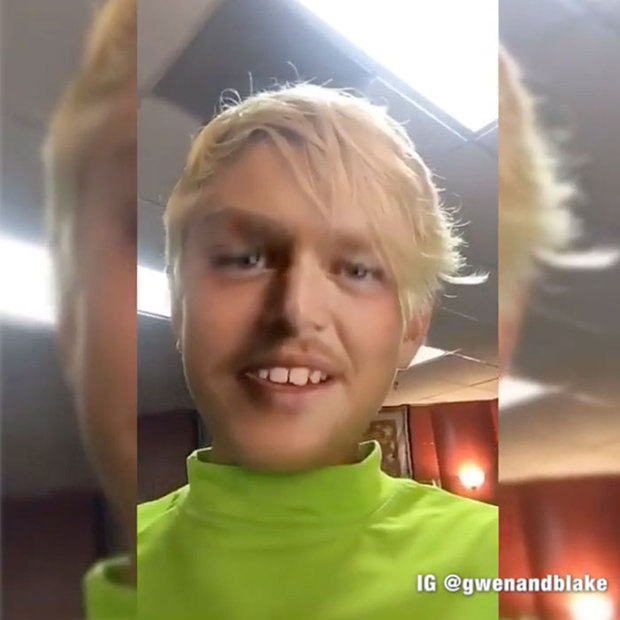 Judging by the video, the 40-year-old has already won over Gwen's young boys. Back in May, Blake was on hand for Kingston's action-packed birthday celebration. After a day of dune buggy riding and fishing, Gwen and Kingston were joined by the Came Here to Forget artist for a helicopter ride to the his Firestone Legends Day concert at the Indianapolis Motor Speedway.

CELEBRITIES WHO CONFIRMED RELATIONSHIPS WITHOUT SAYING A WORD

Blake has previously opened up about his girlfriend’s children – Zuma, Kingston and Apollo – saying, “They're so used to me hanging around, it's just Blake to them,” adding, "That's good though." 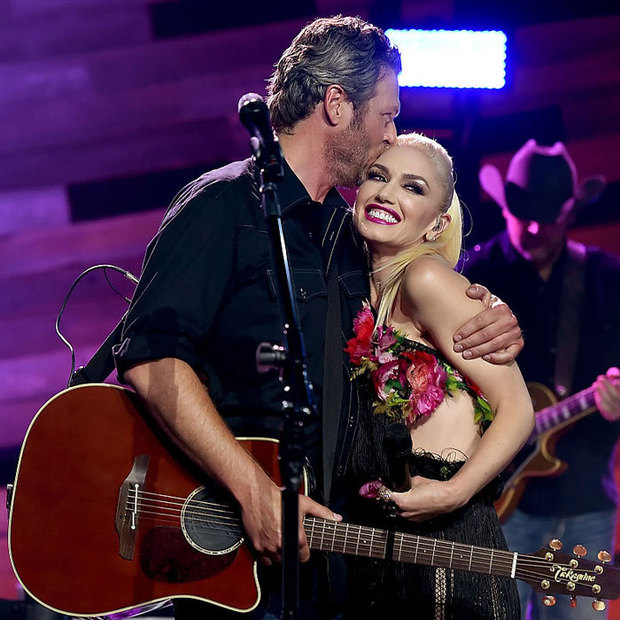 Gwen and Gavin announced their decision to divorce last August shortly after Blake and Miranda Lambert split in July. "My dreams were shattered," Gwen recently told Harper's Bazaar of her divorce. "But it was like being handed this gift of a friend who was going through the exact same thing at the exact same time."

Gwen talks the hardest part of her divorce

Likewise, Blake credits his new love with having brought him out of rock bottom. "My marriage, everything fell apart," Blake told Chelsea Handler on her Netflix show. "To find out [Gwen's] going through basically the exact same thing at the same time and how my life turned around so quickly too — All this has to be meant to happen." When asked by the host whether he is the happiest he's ever been in his life, Blake responded, "No question about that. Absolutely no question."