Kim Kardashian and Kanye West’s baby boy is growing up fast. The 35-year-old shared her son Saint West’s latest milestones in a new interview with Women’s Wear Daily. “Saint is, like, almost standing. He’s only six months, but he is literally almost standing,” she revealed. “It’s wild. He’s the best. He’s the sweetest. I showed him a dog today. He got a little scared.” 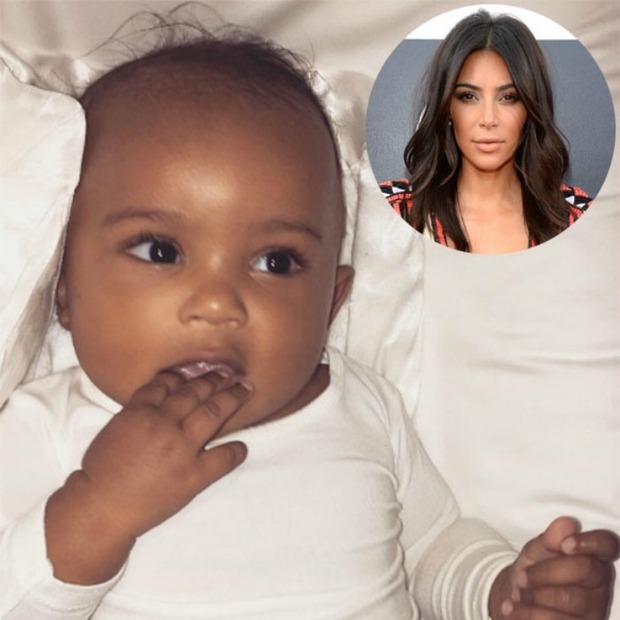 Meanwhile Saint’s big sister North West, who celebrated her third birthday with a mermaid-themed party earlier this month, is all for getting a family pet. Kim shared, “North loves dogs, so I said, “If you talk your dad into getting you a dog, your brother has to be comfortable,” and he was so not comfortable, so it saved me for a little bit longer from having to go and get a dog. She’s not cleaning up after it, so I want to stall for as long as possible.”

Last week, the mom-of-two treated fans to an adorable, rare photo of her little boy on Snapchat. The Snap image showed Saint dressed in an all white ensemble while chewing on his tiny fingers as he lay peacefully in his crib. 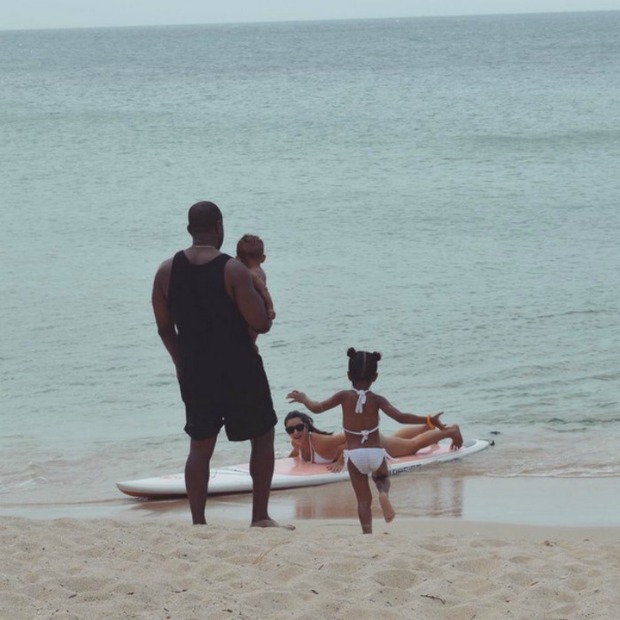 The six-month-old will soon be hitting the road with his family as they embark on Kanye’s tour. Discussing her summer plans, the reality star said, “My husband starts his tour, so we’re going to do that with the babies. His tour is super easy. He does a few weeks, and then he’s home for a few weeks. It’ll be fun.”

No doubt the Life of Pablo artist will be performing his controversial song Famous off his seventh studio album. The rapper debuted the video for his now infamous song last Friday, sparking controversy with its depictions of Taylor Swift, Donald Trump, Bill Cosby and more celebrities laying naked in bed with him and his wife. When it came to the music video Kim confessed, “I actually never saw the final edit of it.”

She continued, “I did that kind of on purpose because I love to be surprised. It was, like, three, four months in the making, so I obviously knew it was going on, but I didn’t actually see the final cut until he debuted it at The Forum. It was really cool.”