Safe in Thor's arms. Elsa Pataky treated the world on Thursday to an adorable photo of her husband Chris Hemsworth sleeping soundly on a plane, while cuddling their four-year-old daughter India and one of their twin two-year-old boys, Sasha and Tristan. 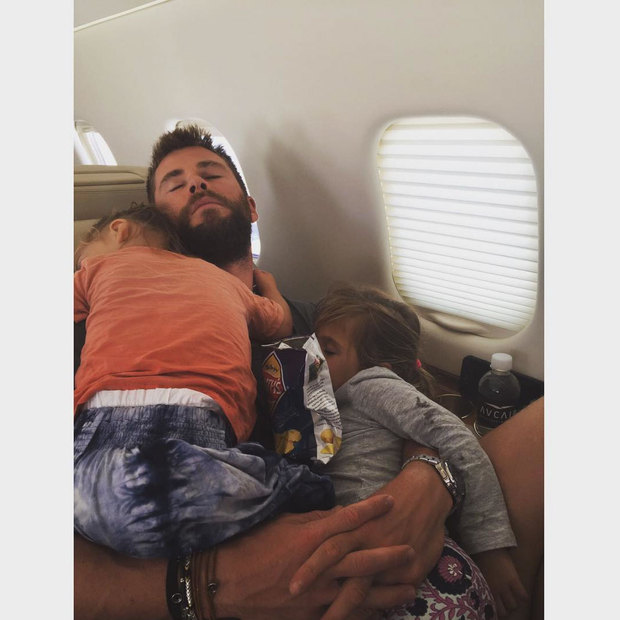 The Avengers star opened up last year about being a father to Australia’s Daily Life. “The biggest thing I've learnt having kids is that now I know what love is,” Chris said. “I know what frustration is. I know the full gamut of emotions, good and bad. I feel I had just scratched the surface prior."

The Huntsman: Winter's War actor, who welcomed his first child with Elsa in 2012, also noted that "each time you add one [kid] it feels like three more." He added, "It feels like I have six. They're non-stop, active kids." 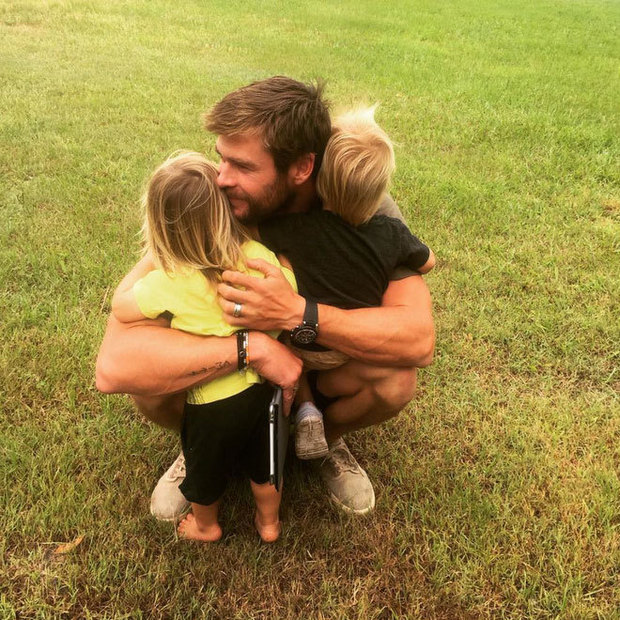 Having kids has also brought Chris back to reality. Discussing his role as a dad on ITV's Good Morning Britain , the hunky actor confessed, "It's not about you anymore which is refreshing and my kids are hilarious and insane and crazy - it's good." He continued, "You go from press tours and work and then straight back into reality and you're handed a child with a nappy."

During his appearance on the show, the 32-year-old also dished on his quick 2010 marriage to wife Elsa after just a few months of dating. "It did happen quick and it just felt right, just, it made sense. There was no great plan to any of it to be honest, we were on holiday and we said, 'Why don't we get married too?'" he said. "There probably should have been some planning but it all worked out. Honestly, we had both our families on holiday at the same time, just randomly, and we said this is a good opportunity with everyone together so we just did it."