Hold off on ringing wedding bells for Gwen Stefani and Blake Shelton! During an interview with 94.7 Fresh FM's The Tommy Show on Wednesday, the singer put an end to reports that she is thinking about tying the knot.

Let’s just take it one day at a time,” the 46-year-old said. “Everything’s crazy right now so no, absolutely not.” 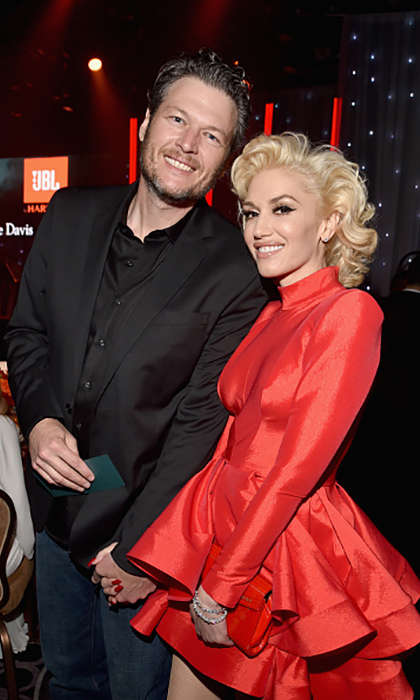 Gwen shut down reports that she is engaged to Blake Shelton Photo: Getty Images

The Make You Like Me singer admitted that she has no problem with laughing off "weird" rumors and even takes a little time out to search for herself online. "Can you imagine the amount of gossipy, weird stories people make up," Gwen said during the phone interview. "To me, it makes me laugh every day. I actually do Google my name just so I can see the next one that’s gonna happen, because it’s gotten so out of control.”

Gwen Stefani's son has an amazing birthday with Blake Shelton

Gwen and Blake went public with their relationship in November 2015 after they both went through respective high profile divorces from Miranda Lambert and Gavin Rossdale. The 39-year-old recently opened up about Gwen saving his life after going through his divorce. “I tell people all the time, 'Gwen saved my life last year,'” Blake said. "She did, and I think she would probably tell you something similar about me. It's not something that anybody could have seen coming, besides God, I guess.”

The story behind the selfie Gwen took for Blake

He continued: "It doesn't look like it would make sense, you know? But all I can tell you is, it does, it just makes the most perfect sense for us and where we're at in our lives."