As far as tenth birthdays go, this one was pretty epic. Gwen Stefani made her son Kingston’s big day a one to remember – and her boyfriend Blake Shelton even got in on the act during an extra special action-packed Memorial Day weekend.

The celebrations got underway on Friday when 46-year-old Gwen took her eldest on a dune buggy ride and fishing trip with his brothers. The adventure-loving pair managed to catch a frog – though they released it back into the wild – as Gwen documented it all on her Snapchat for the world to see. 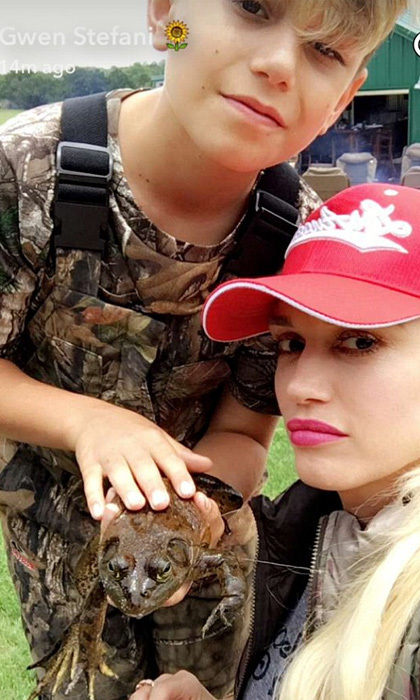 The mother and son duo then joined Blake the following day, hopping into a helicopter to arrive in style at the country star’s Firestone Legends Day concert at the Indianapolis Motor Speedway. Kingston seemed to be thoroughly enjoying the gig, judging by the video his mom posted of the pair singing along to Blake's hits.

The story behind the selfie Gwen Stefani took for Blake Shelton

Blake and Gwen went public with their romance in November 2015. The music power couple fell for each other on The Voice, when Gwen was filling in as a coach for Christina Aguilera.

It’s fair to say the pair are a great match, both romantically and musically – they’ve even collaborated on duet Go Ahead And Break My Heart, which Blake says was a project to help them both feel better about coping with their respective divorces. 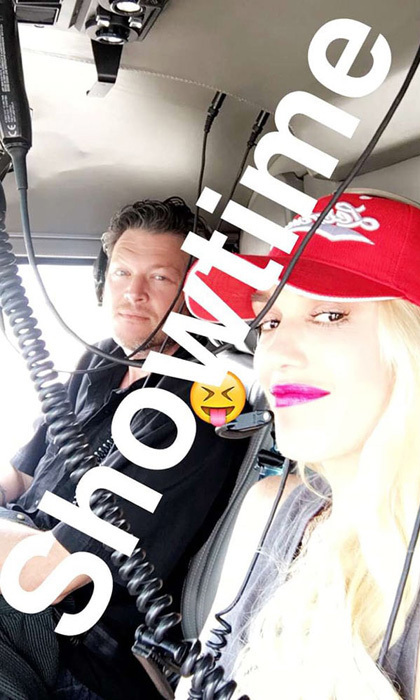 Of course it must help that 39-year-old Blake appears to be a firm hit with Gwen’s three boys – Zuma, Kingston and Apollo – from her marriage to Bush rocker Gavin Rossdale. Blake looked to be in his element when he took the trio to the Angry Birds Movie premiere last month.

He joked to ET that he "faded off into the blur" because of the film’s stars that were in attendance. "They're so used to me hanging around, it's just Blake to them,” the singer, who wrote the song Friends for the film, said of Gwen’s kids, adding: "That's good though."