A month after Jennifer Garner spoke to Vanity Fair about the break down of her marriage to Ben Affleck, the actress has opened up about the response she has received since the article was released. The actress said that the article, in which she talked for the first time about the role, or lack thereof, of the couple's then-nanny in the split, has been well-received by her closest family and friends and they have been “very loving.”

The star made the comments to ET as she attended the premiere for her latest film Miracles From Heaven. 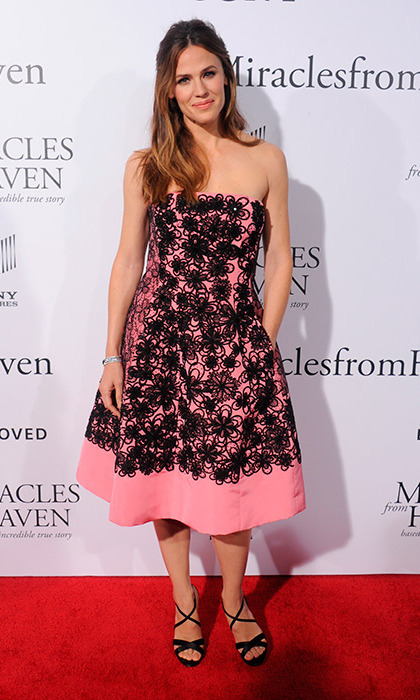 Jennifer looked stunning in a strapless pink and black floral patterned dress for the premiere of Miracles From Heaven Photo: Getty Images

The 43-year-old was all smiles at the film's opening night and spoke about her excitement to share the film with her daughters. “I look forward to my girls seeing it, but for anyone, I hope they take a message of hope and encouragement,” she said, explaining that she hopes the movie will show people that they “can march through hard things one foot in front of the other, one step at a time".

Jennifer gave the candid interview with the glossy magazine six-months after the couple revealed that they are divorcing.

"People have pain – they do regrettable things, they feel shame, and shame equals pain," she said during the chat. "No one needs to hate him for me. I don't hate him. Certainly we don't have to beat the guy up. Don't worry – my eyes were wide open during the marriage. I'm taking good care of myself." 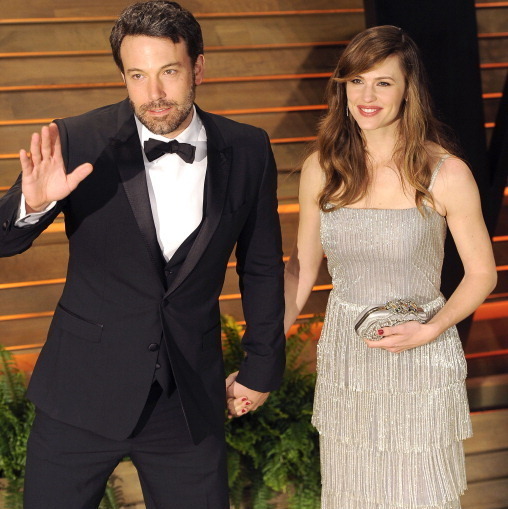 The actress said that the has received a "very loving" response since the Vanity Fair article was released Photo: Getty Images

While their marriage did not last, Jennifer confessed that if she had to do it all over again she would still marry Ben. “I didn’t marry the big fat movie star; I married him, and I would go back and remake that decision. I ran down the beach to him, and I would again.”

The actress continued, “You can’t have these three babies and so much of what we had. He’s the love of my life. What am I going to do about that? He’s the most brilliant person in any room, the most charismatic, the most generous. He’s just a complicated guy. I always say, ‘When his sun shines on you, you feel it.’ But when the sun is shining elsewhere, it’s cold. He can cast quite a shadow.”