On the eve of their first anniversary, Bradley Cooper and Irina Shayk have made their first public appearance together as a couple. On Tuesday, the pair stepped out together to attend a gala organized by L'Oreal as part of Paris Fashion Week.

The duo attended the bash that was also attended by Eva Longoria, Karlie Kloss and Doutzen Kroes. Despite arriving separately, the couple quickly found each other once inside the event and shared a quick kiss before chatting with other attendees.

CLICK FOR ALL THE ACTION FROM PARIS FASHION WEEK 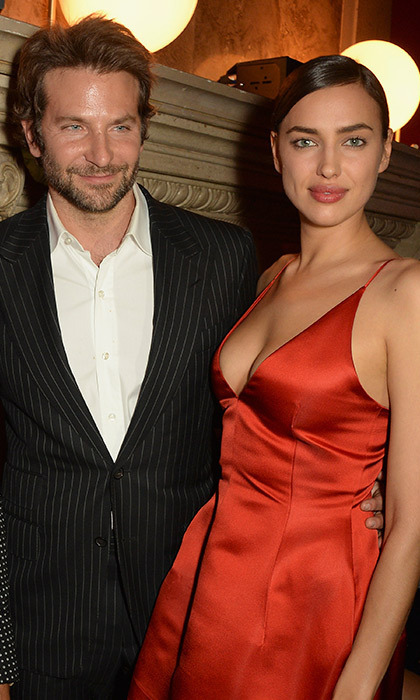 Bradley and Irina made their first public appearance as a couple Photo: Getty Images

The 30-year-old supermodel was a scarlet siren in a red satin minidress that showed off her incredible curves . She topped off the look with barely-there black sandals and a chic bun. Her boyfriend looked very handsome in a navy and white pinstripe suit and a crisp white shirt.

Bradley, 41, and Irina's public display came just days after the movie star attended the Givenchy show to support her from the front row. Seated next to Anna Wintour, Bradley couldn't keep his eyes off his lady as she strutted her stuff on the catwalk. 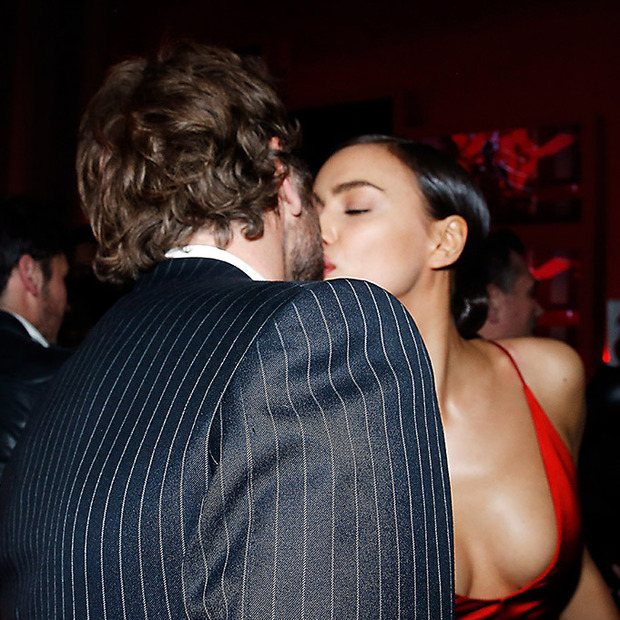 The couple shared a quick kiss when they reunited inside the event Photo: Getty Images

"When Irina walked down the runway, everyone in the room looked at Bradley's expression first while he was seen following her with his eyes every second of the way down the runway," a source told E! News.

They added: "After the show, Bradley gave Irina a kiss and hug and told her what a great job she did. They have been inseparable since he landed on Friday. They really missed each other."

Their relationship blossomed last May, after they both split from their respective partners; Bradley from British model Suki Waterhouse and Irina from soccer superstar Cristiano Ronaldo.