Exes Miley Cyrus and Liam Hemsworth rang in 2016 together in Australia. The pair celebrated the new year on Saturday with Liam's older brothers, Luke and Chris Hemsworth, at the Falls Music Festival in Byron Bay.

The Thor actor's wife, Elsa Pataky, who was also in attendance, shared a photo on Instagram of the group's fun night out with Miley. The mom-of-three captioned the picture, "I love people I can be crazy with!!" along with the hashtag "bestfriends."

Prior to the weekend festival, the "Wrecking Ball" singer joined her former fiancé's family at a Wild West-themed New Year's Eve party hosted by Chris and his wife. Miley and Liam, who split in 2013 after getting engaged in 2012, first met on the set of their film The Last Song. Despite breaking off their engagement, the two have remained close friends. 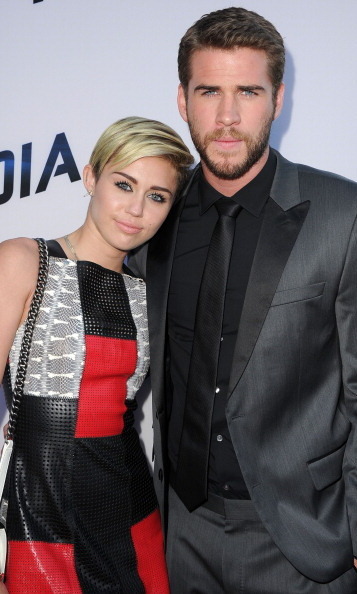 Back in September, the 23-year-old singer told ELLE UK, "Me and Liam are still so close and we love each other." Not long after, Liam told Men's Fitness that his feelings for his former fiancée would never change. He said, "We were together five years, so I don’t think those feelings will ever change. And that’s good because that proves to me that it was real. It wasn’t just a fling."

While on vacation Down Under, Miley has continued to bond with Liam's sister-in-law, Elsa. The two gals embarked on a "shopping mission" together on Monday and even modeled Miley's signature tongue out pose.