When Hugo Boss was looking for a face of their newest seductive scent, it's no surprise they ended up with Theo James. The British actor has become wildly popular since appearing in the Divergent series, but he admits he approached working with Boss the Scent campaign like he does his roles: carefully.

“This is my first fragrance campaign indeed. Hugo Boss is a very good brand to be doing it for," he tells HELLO! exclusively. "As an actor people approach you and I wanted to, if I was going to do it, make sure that I would only do it with something that felt right and seemed like an easy fit. So when Hugo Boss approached me it seemed like an obvious partnership." 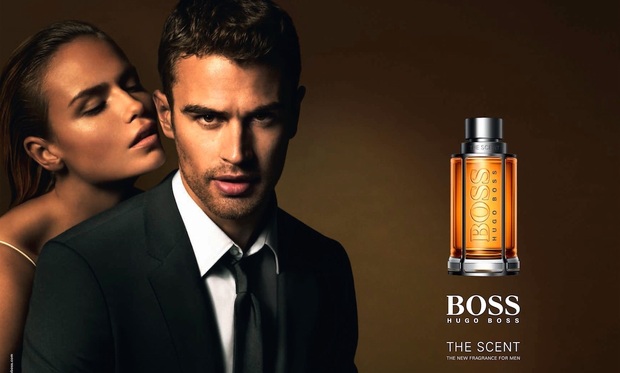 The 30-year-old added, "They are a brand I am used to, they are quite classic, masculine iconography but they are also trying to do something a little different with this particular fragrance, which I was interested in. There’s a darker side to it, the element of seduction, mystery, and these elements which are a little bit different from what we’re used to with Hugo Boss. And that was interesting to me.”

To make the steamy ad happen, the brand called upon some of the best in the industry. Oscar nominated director Darren Aronofsky, globally renowned photographers Mert Alas & Marcus Piggott and Hugo Boss Creative Director Jason Wu converged to produce the seductive and unforgettable ad campaign with Theo and Natasha Poly featuring The Weekend’s “High For This.” 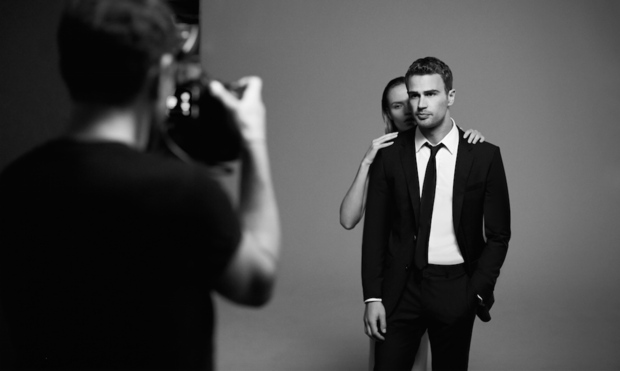 Theo also opened up about what's seductive to him. "Mystery, in a way," he told New York Magazine. "Even though I’m an actor, I don’t love sharing everything about myself. It’s always good to keep a little bit for yourself or take time to get to know someone. If there’s an element of mystery in getting to know someone, and not laying it out there as soon as you meet them, I think that can be very, very seductive and kind of addictive."

The heartthrob now joins the ranks of other Hugo Boss alums like Gerard Butler, Victor Cruz and Ryan Reynolds.

WATCH THE STEAMY AD BELOW: