Jennifer Lawrence got the ultimate present for her 25th birthday when her friends not only threw her a surprise party, but also had Kris Jenner make an appearance. The Hunger Games star said her best friends arranged for the famous momager to join the celebrations as she is a big fan of Keeping Up with the Kardashians.

"My two best friends planned a surprise birthday party with a big surprise within the surprise," Jennifer told the New York Times. "So I'm there, and people start singing 'Happy Birthday.' Kris Jenner comes out holding my cake."

The 25-year-old was so shocked by her birthday guest that she fell to the ground. "My knees buckled. I fell. Seriously! It was the closest I've ever come to losing consciousness," Jennifer explained. "I had NO IDEA. I'd never met her before, but we've always watched Keeping Up with the Kardashians."

The pair soon hit it off though and even enjoyed a spot of karaoke together. "Kris Jenner and I sang Build Me Up Buttercup on karaoke and took that picture," said Jennifer, referring to a fun photo shared by Kris on Instagram. 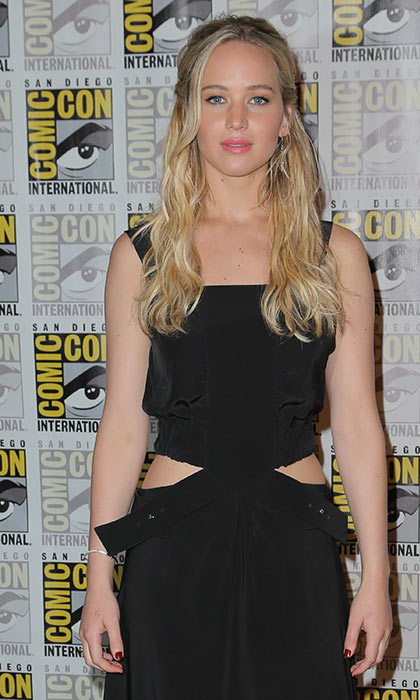 The image showed Jennifer and Kris lying on a bed feigning shock that they had been caught reading classic literature by Kris' boyfriend Corey Gamble. The unlikely friendship came as a surprise to fans who weren't aware that Kris knew the Oscar-winning actress. "God I love you #JenniferLawrence thanks for making this night a night to remember… even if we did get caught… I love you Happy Birthday Gorgeous!!!" Kris captioned the image.

Jennifer has made no secret of her love of reality television and previously said that she was looking for a boyfriend "that has the same taste in reality TV" in an interview with Vanity Fair. While the actress spends her downtime watching Keeping Up with the Kardashians, Real Housewives and Dance Moms, her burgeoning acting career has recently seen her named the highest-paid actress in the world after she earned $52 million in the last year.