Just like a huge percentage of pop music lovers, Hugh Jackman adores Katy Perry. The 49-year-old actor posted a video on his Instagram featuring him lip-sync the to the perky singer's 2010 hit, "Teenage Dream".

“Oh nothing much… just singing along to @katyperry! Living a teenage dream!!” he captioned the video, which he uploaded using the popular Dubsmash app. The clip shows him riding in a car and giving his best interpretation of the song... complete with finger-points and hilarious facial expressions.

Oh nothing much ... just singing along to @katyperry! Living a teenage dream!!

Not much of a dream for fans, though, is the fact that Hugh has confirmed that after the 2017 Wolverine film, he'll be hanging up his claws. “I’m more excited about this movie than ever before,” he said during an appearance on Live with Kelly and Michael in June. “I know in my gut it’s the right time... And hopefully in five years I'm not coming back here going, 'Why did I do that?!'" 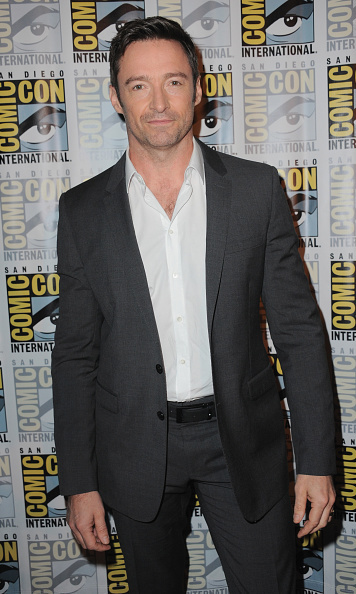 Meanwhile followers of the hunky actor can keep on being entertained by his Twitter account, where he posts pictures of everything from his meet-up with Ricky Martin to the fish imitations he tried out during an aquarium visit. He even shared a vintage photo that appeared to be from the 1990s, showing him with a long, side-parted hairstyle that matched his wife's.

Clearly, Debs and I were rocking the same hairstyle for a time. #DO + #DON'T = #DON'T pic.twitter.com/lvvikvSL4s

And hopefully the fun lip-synching videos don’t stop, either as Hugh clearly has a lot of song and dance – and funny pop star impressions – left in him.