Actress Emma Watson has opened up about how she bounced back after a "horrendous" split with boyfriend Matt Janney. In an interview with Vogue UK, the 25-year-old Perks of Being a Wallflower star revealed how she went on a silent retreat after the two called off their relationship in 2014.

When Emma and the Oxford rugby star, who dated for a year, went their separate ways, a spokesperson confirmed the break-up was due to the actress' "unrelenting work schedule," adding that the pair remained "amicable." Of the end of the romance, Emma told Vogue UK, "I felt really uncomfortable. I went on a silent retreat in Canada's Rocky Mountains to help me come to terms with the breakdown of the relationship." 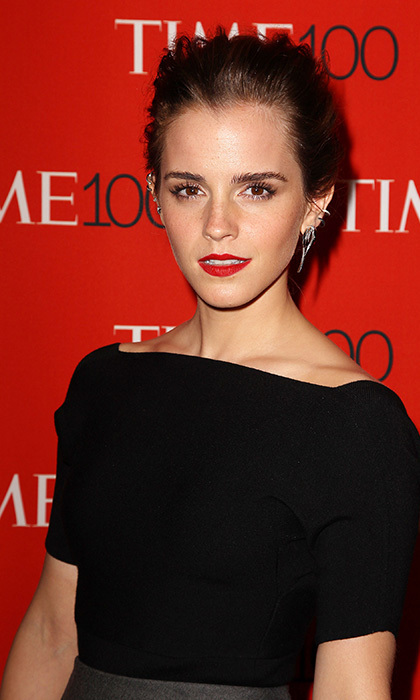 "The boyfriends or partners I’ve had have built me up," Emma told Vogue UK. Photo: Getty Images

But, despite the pressures of her high-profile career, Emma maintains that her position as a Hollywood star has not negatively impacted her romantic relationships. "The boyfriends or partners I’ve had have generally made me feel really cherished. They've built me up," she said. "I certainly haven't found that with doing all that I do or being all that I am, that I've struggled in my love life. I just think it's very patronizing towards men. It undermines them."

Emma has been enjoying some very rare time off recently, but she will be back on the big screen starring as Belle in the live-action adaptation of Beauty and the Beast and is also signed up to thriller The Circle, alongside Tom Hanks. And it's not just her film career keeping her busy; Emma has been making waves as an advocate for gender equality, gaining global attention this year with the HeForShe campaign.

"Part of me felt relaxed after I took on that position, it gave me a sense of belonging and purpose," she shared about being an advocate. "Everything clicked into place in a way that it hadn't before. I understood what I'm here to do and knew where to channel this energy that has been coming at me. I now feel this sense of peace. People say I am different since I did it."