Cara Delevingne has been jetting around the globe to promote Paper Towns with co-star Nat Wolff. During the L.A. premiere at the London Hotel in West Hollywood, he couldn’t help but gush about the supermodel turned actress. “I loved working with her. She's a really great actress,” Nat told HELLO!. “She's really wild and really sensitive, and that's two great qualities in an actress and in a person.” 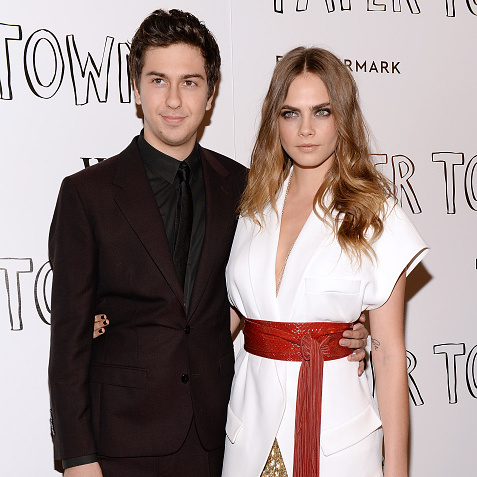 Paper Towns is the follow up to author John Green’s smash hit The Fault in Our Stars which starred Shailene Woodley and Ansel Elgort. This film features Cara as a gorgeous high school student, and Nat as her friend, who must find her after she goes missing. Although Cara more than ready take Hollywood by storm with her first starring role, she didn’t want to disappoint John. “I feel like there's pressure in everything I do just because I put that on myself. I think John Green is one of the most amazing writers,” she said at the WSJ. Magazine and Forevermark sponsored premiere. “And obviously, he's got such a huge fan base, and we just wanted to make them happy and hope that they enjoy the film as much as we enjoyed it.”

In the film, Nat is desperately in love with Cara’s character and goes on a road trip to find her after she vanishes. For the 20-year-old, he looked back on his own life for inspiration. “It's not necessarily a good thing, but a lot of it was that kind of stuff [sappy notes, flowers],” he explained. “But it was a lot of times the girls I didn't even know. That was part of the movie. You put somebody on a pedestal, and you don’t really know them.” 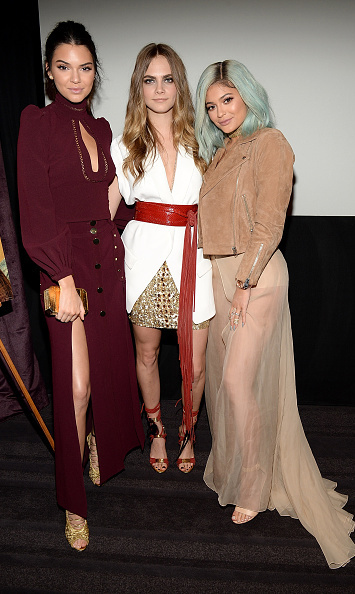 Cara also could relate to the film’s message. “I've written a bunch of love letters in my time, songs, stuff like that,” she shared. “Not always successful.” Currently, she is in a relationship with Annie Clarke, better known as St. Vincent, and credits that for being in a great space. "I think that being in love with my girlfriend is a big part of why I'm feeling so happy with who I am these days,” she opened up to Vogue. “And for those words to come out of my mouth is actually a miracle."

Joining her at the premiere were two familiar faces – Kendall and Kylie Jenner. While Cara stunned in an Alexandre Vauthier sleeveless kimono with a gold sequined miniskirt and tassled belt, the Jenner sisters opted for longer ensembles. Kendall, 19, showed some leg in a maroon gown. Kylie, who was back to blue hair, showed off her legs and cleavage in a sheer outfit.

After the screening, the girls went to the party at The Nice Guy where 17-year-old Kylie made sure to document the fun on her Instagram. Sitting together at a table, the girls showed their fun reunion with Cara and Kylie even doing a choreographed dance together. "These didn't make it to Snapchat so here you are Instagram," Kylie captioned the video.

These didn't make it to Snapchat so here you are Instagram 