It was a bittersweet moment of celebration for Michael Douglas at the Cinema Society premiere of Ant-Man. The 70-year-old star hasn’t really had time to mourn the loss of his mother, Diana Douglas Webster who passed on July 4, after a battle with cancer.

“I’m still digesting it. It just sort of happened,” he told HELLO!,” at the New York premiere of his first superhero film Marvel’s Ant-Man. “She had a wicked sense of humor, very bright.” 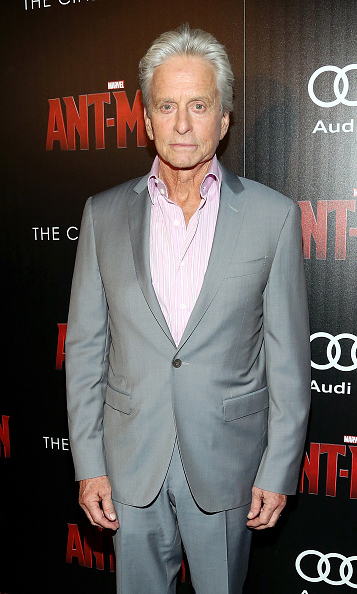 Diana, who was ex-wife to Kirk Douglas, starred in over 80 roles and gave her son more than acting advice. “I don’t know how much she taught me about acting,” he continued. “She taught me more about giving it your best shot. She’s English and Bermudian, so they have kind of this stiff upper lip and can carry on.”

Michael was doing just that four days after her passing. He along with wife Catherine Zeta Jones and their children Carys Zeta Douglas, 12 and Dylan Michael Douglas, 14 attended the London premiere of the film on July 8. In the movie, he plays Dr. Hank Pym, the brains and mastermind behind Ant-Man. 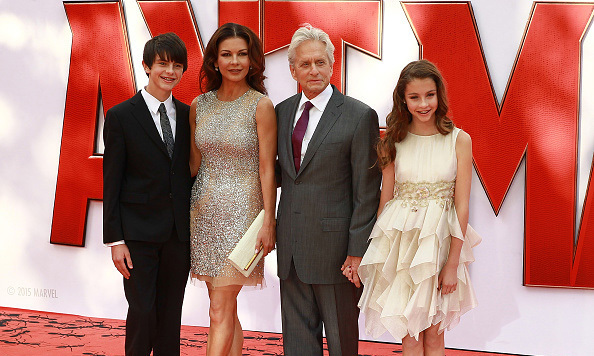 During an interview on Late Night with Seth Meyers, the Fatal Attraction star gushed about how excited he was to get his shot in a comic movie. “To be part of the Marvel family which is pretty amazing, they’re really incredible, but how often do you get to talk to an ant on your shoulder?’” he told the late night host.

He continued that Dylan also found it pretty cool. “My son turned into a 14-year-old agent and he looks at me and goes ‘Dad, dad, you don’t understand this is a whole new audience for you. My friends may even want to go see one of your movies.’”