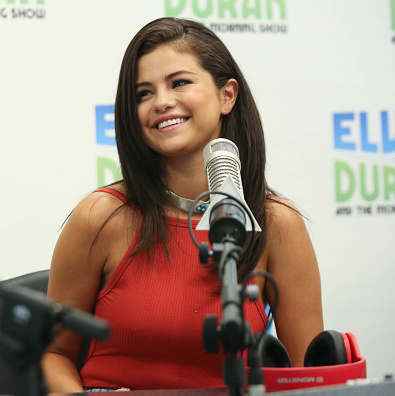 While imitating her best friend was easy, the starlet was challenged when one fan requested she imitate international superstar, Shakira’s accent. “Is it Colombian, like familia?” Selena shared, before she warmed up her chops and did her best impression of the superstar.

When asked by one fan if she would be collaborating with Miley Cyrus or Ariana Grande, she responded “No.” She continued: “Not because I don't want to, I just don't have anything planned, so call me guys if you want to.”

WATCH SELENA DO HER BEST IMPERSONATIONS

In favor of her collaborations, Selena rapped a couple lines from her newest single performed by A$AP Rocky, throwing in a couple of curse words that she couldn't censor out, from the verse she feels took her song to “another level.”

In an interview with Elvis Duran on Monday, Selena reveled that her new single represents her confidence and journey to becoming a woman. “I think that this song represents the confidence that I truly have inside of me,” she told Elvis Duran during Z100’s morning show. “I think that’s the vulnerable side that I've expressed, but it’s also the combination of just feeling myself.” 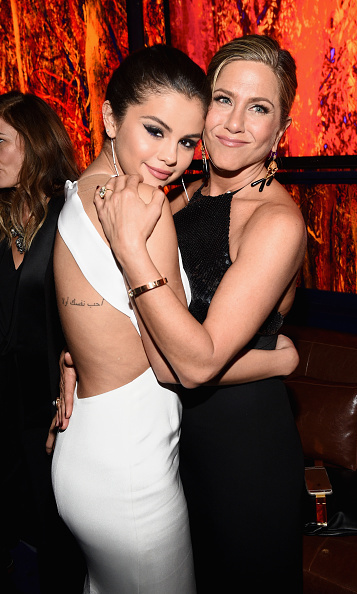 The singer/actress also noted that her time in the spotlight has left her “guarded” and not able to trust anyone. “It’s not safe for anyone,” she said. “You can't talk about anything you want to share with people because it’s going to be ripped apart, and that makes me really sad.”

Selena can however trust one person, and that is close pal Jennifer Aniston. While talking to KTU radio, she shared how close the two actually are. "She has a pizza oven. Like we've made pizza's at her house. She's very cool and very sweet. She kind of gives me a lot of maternal advice."