Taking a cue from Taylor Swift's playbook, Madonna finally debuted her new music video for "B---h I'm Madonna" after teasing fans on Instagram with a clip and poster showcasing the other A-list singers involved. Though Madge initially announced that Beyoncé, Miley Cyrus, Katy Perry would all make cameos, other surprises popped up like Kanye West and her son Rocco. 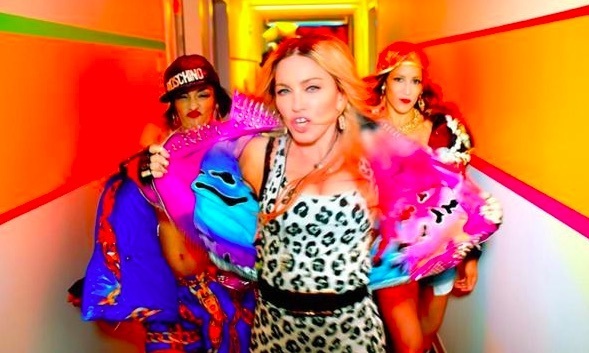 The clip stars the 56-year-old walking the halls of a luxury penthouse suite, dressed in an animal print dress before showing off her famous dance moves and kissing a hunky model. Like Taylor's "Bad Blood" video, celebrities pop up throughout, starting off with Rita Ora and Chris Rock who are partying in the hallway. Diplo also makes an appearance before Beyoncé, Miley, Kanye, Nicki Minaj and Katy Perry all show face in the high-energy performance. 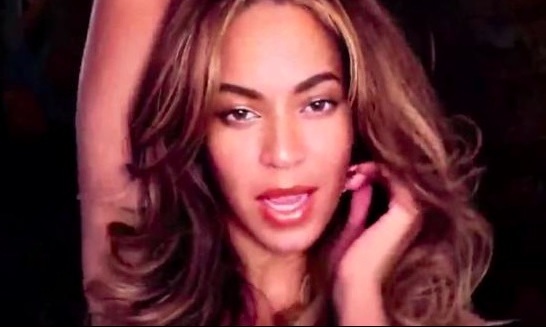 Beyonce made an appearance in the video Photo: Tidal

And clearly Madonna's dance skills must be rubbing off her kids because we get to see her son David show off his break dancing moves.

Madonna initially took to her social media accounts to build hype like the "Shake it Off" singer writing, "Video coming soon! Just tryin' to make it perfect for all of you we are hard werking b***hes!" Taylor originally built up a lot of anticipation for the debut of her "Bad Blood" video, featuring stars like Gigi Hadid, Lena Dunham and Selena Gomez. Despite their similar social media tactics, there seems to be no bad blood between the Queen and Princess of Pop. The duo performed together for a surprise rendition of "Ghosttown" at the iHeartRadio Music Awards in May. 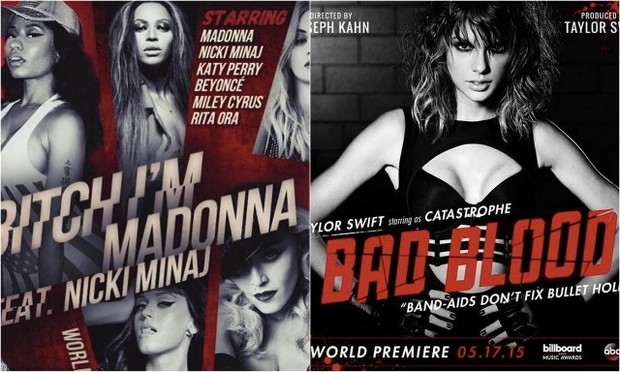 Madonna followed in the footsteps of Taylor Swift when it came to teasing the video Photo: Instagram/@madonna @taylorswift

While Madonna has faced criticism lately over her scandalous outfits and performances with young stars, she defended her public persona in an interview with ET online. "I am acting my age. This is me, this is how I wanna be. I can do what I want, OK? ... There's no rules, and people should just leave me alone. Let me do what I wanna do."