Ryan Reynolds certainly knows how to to make the world swoon with his good looks and sense of humor. Now, he has really done it by showing his softer side in a cute new picture he shared of his baby daughter James' small hand holding his with his 300,000 followers.

The Canadian actor, who only joined Instagram on May 11, posted an amusing caption to sit alongside it. "Thumb wrestling isn't always fair. Curiously, my hand is the small one," the Deadpool actor wrote, leading to over 14,000 likes in under an hour.

Thumb wrestling isn't always fair. Curiously, my hand is the small one.

The adorable picture is the first little snap we've had of 5-month-old James. Blake Lively and Ryan welcomed their baby daughter in December but have remained relatively mum about the details of their little one.

Having fully embraced their new roles as parents, Blake and Ryan are now gradually opening up. At first, the couple remained coy about their baby's name, with 38-year-old Ryan joking that little James was called "Butternut Summer Squash."

The pair then divulged little James' name in April, before Blake revealed that her little bundle of joy takes after her father. Blake was making an appearance on Live! With Kelly and Michael when she said that James "looks like her daddy," before joking that she wanted "a maternity test." 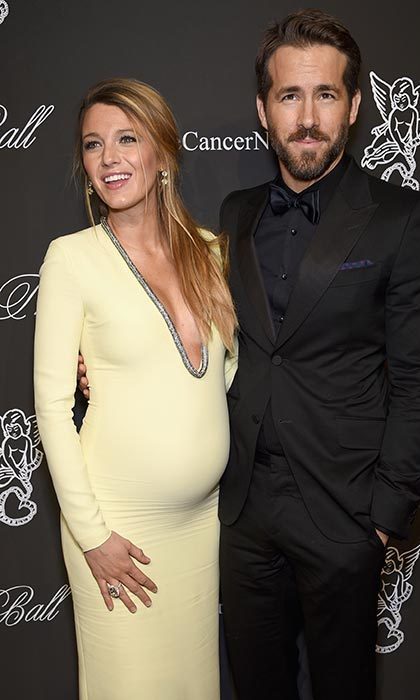 First-time mother Blake, 27, also went on to say that becoming a parent has changed her outlook. "Everything is different. You see a balcony and you're like, 'Oh God, the hotel needs to demolish this balcony because my child can't go anywhere near it,'" said Blake. "So, everything is just like, so much more heightened. We're crying all the time for no reason."

The former Gossip Girl star and her actor husband, who first met on the set of Green Lantern in 2010, are also "pretty equal" in sharing diaper duties. "We're pretty good," Blake mentioned.