The Met Gala is one of the most exclusive events of the year with tickets costing over $25,000 each. So to up the ante on this private party, there was a 'no camera' rule put in place making many of us wonder what the lavish soiree was like for Hollywood and the fashion world's elite.

Luckily for us, celebrities don't always oblige and were happy to pose for pictures in everywhere from the party to inside the bathroom and even video clips from the night's performers. 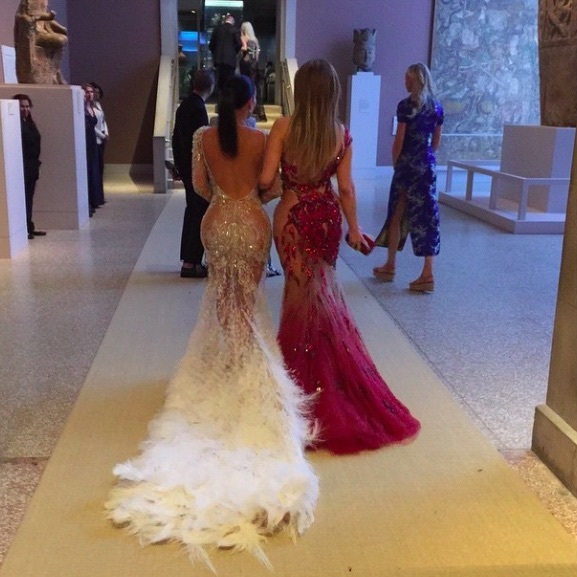 One famous selfie taker, Kim Kadashian, led the crowd by posting many pics mingling with the likes of music royalty Madonna and Lady Gaga, while also comparing her assets on the white carpet with her "idol" Jennifer Lopez. The Keeping Up with the Kardashians star also got to pose with the inspiration for her semi-transparent gown that featured silver embellishment: Cher. 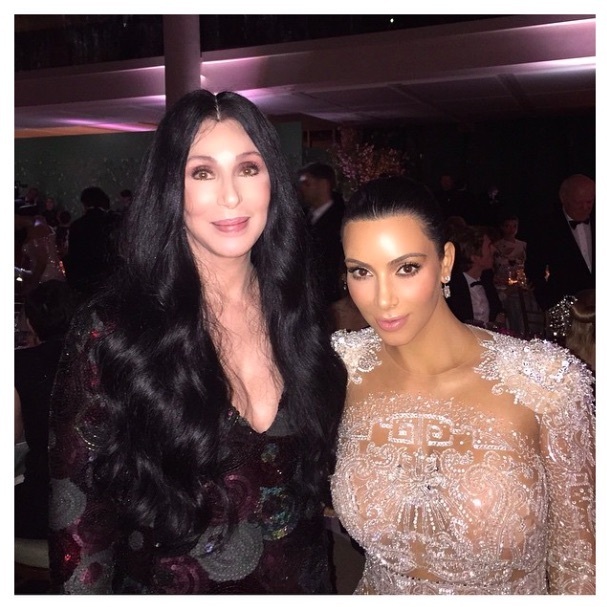 Half-sister Kendall Jenner posed for one of the most fun shots of the night where she shared a "bathroom selfie" with a gaggle of close friends including Jourdan Dunn, Cara Delevingne, Behati Prinsloo and Lily Donaldson. Cara, meanwhile, appeared in several of her friends' snaps, seated close to Justin Bieber, Rihanna and Stella McCartney for the lavish dinner. 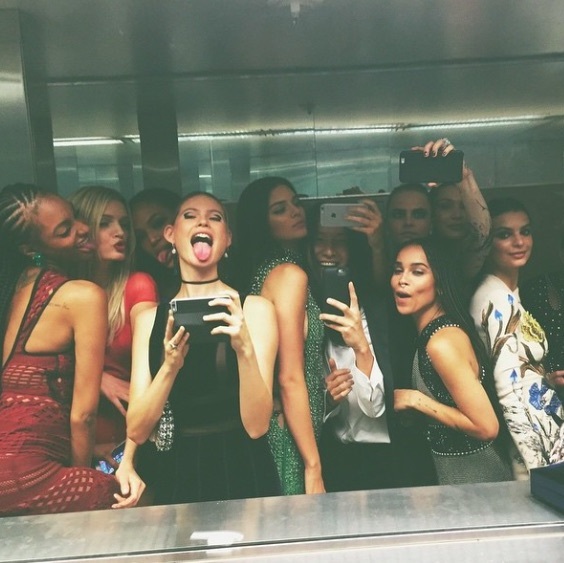 Not only did Rihanna pose with everyone and stun on the red carpet in a yellow coat with an incredibly long train, she also performed at the event getting the whole crowd up on their feet.

Other big names like Katy Perry attended where she posted a pic alongside Madonna and Lady Gaga making it one of the most A-list and glamours snaps of the night. But, it was Beyonce who had the top photo of the night receiving over 1 million likes on her pic where she stood solo holding her blonde pony tail up and showing off her bejeweled gown. 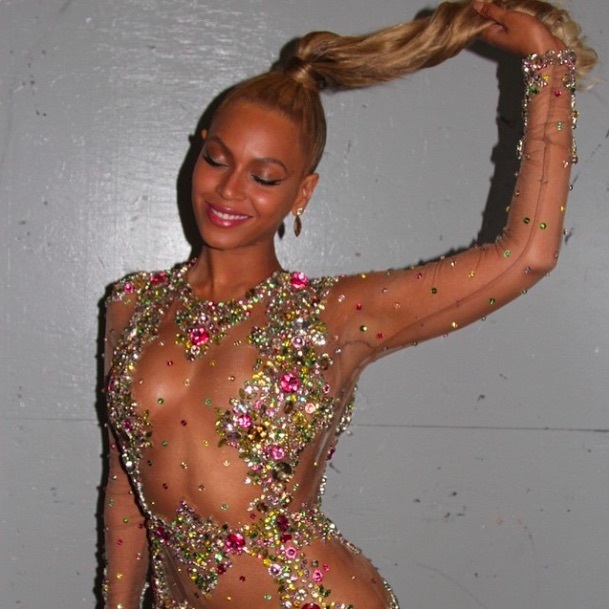 Even before the night started, stars gave the world a first peek at their looks. Sarah Jessica Parker showed off her stunning headdress outside her apartment with Andy Cohen and Katie Holmes posted a video of her stunning reveal alongside date Zac Posen.

Once the event was over and the no camera ban was officially over, celebs continued posting photos throughout the night. John Legend shared a down-to-earth photo of him waiting for his car with wife Chrissy Teigen, Emily Ratajkowski, Gabrielle Union and Dwyane Wade.

Meanwhile, DJ Cassidy posted a video of Miguel performing at the Michael Kors after party at The Mark, while other pics have come out from Lady Gaga and Alexander Wang's celeb-packed party at Queen of the Night at the Diamond Horseshoe and Rihanna's bash at Up and Down.

For more behind-the-scenes snaps, click on the photo below for the full gallery: 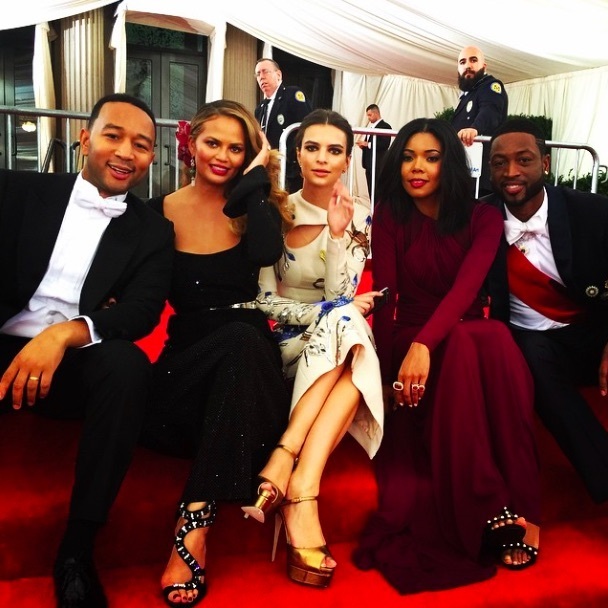