Prince William and Kate Middleton are not the only famous faces set to welcome a new addition to their family in May. With the news that Kate has passed her anticipated due date of "mid-to-late April," we take a look at the other stars who are also expected to give birth soon, making some potential playmates for the new royal baby. 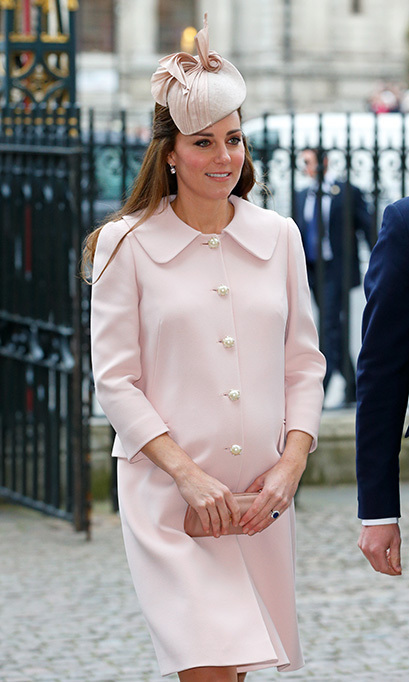 Kate Middleton is due any day now Photo: Getty Images

Keira Knightley and her husband James Righton are set to become parents soon. The couple, who tied the knot in 2013, confirmed the news in December. The Imitation Game actress showed off her flawless maternity style throughout awards season, but has since maintained a low profile as she approaches her due date. When asked about her birthing plan, the down-to-earth star previously joked, "To get it out."

Keira's co-star Benedict Cumberbatch is also set to become a first-time parent after confirming that his wife Sophie Hunter is pregnant. It appears Sophie has no plans to slow down following the baby's arrival; she has signed up to direct Phaedra at the Beckett Festival from July 31 to August 10. Benedict and his wife Sophie are expected to have their first child in the next couple of months Photo: Getty Images

Haylie Duff and her fiancé Matt Rosenberg have announced that they are expecting a baby girl. The 29-year-old described her pregnancy as "the moment that changed my life forever," and has since gone on to celebrate her impending arrival with her sister Hilary Duff and friends including Lauren Conrad, Jenna Dewan-Tatum and Kaley Cuoco-Sweeting.

Ashlee Simpson and her husband Evan Ross are also expecting a daughter. The couple announced the happy news just three months after their wedding and have promised that their baby girl's name will be "different." 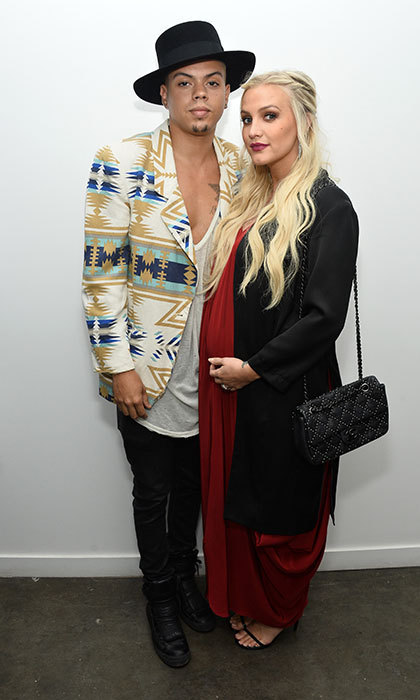 Jack Osbourne and his wife Lisa are set to welcome baby number two in the next month. The excited parents-to-be announced the news halfway through Lisa's pregnancy and revealed that their 3-year-old daughter Pearl can't wait to be a big sister.

Victoria's Secret model Marisa Miller is also due to give birth in May. The mom-to-be previously told People that she couldn't be happier to be expecting her second child with husband Griffin Guess. "Being a mother has been the biggest blessing in my life. To get to experience it all over again is really exciting," she said.

Click on the photo below to see who is expecting in Hollywood: