Delicious gourmet level meals don’t have to take long to make if you ask the Barefoot Contessa. Ina Garten has mastered numerous meals that are finished in under 15 minutes. These are perfect for any busy lady, especially one who is going to become a mother of two in a matter of days, ala Kate Middleton.

The Duchess of Cambridge has been enjoying her maternity leave from royal duties and spending time with Prince William, who is also on his paternity leave until June 1, and their toddler Prince George. For the royal couple, Ina has the perfect meal recommendation that is as she says "really elegant." 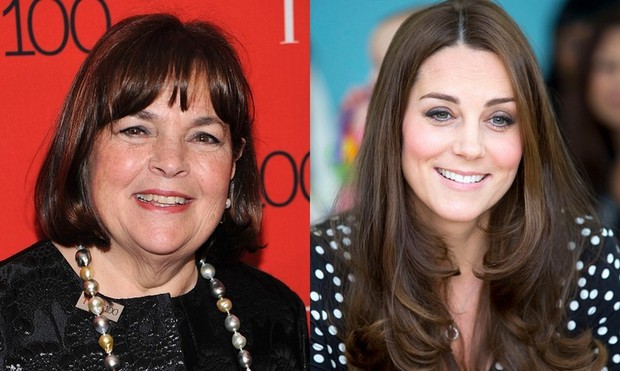 “It’s actually funny, it’s one of Taylor Swift’s favorites,” Ina shared with HELLO! at the Time 100 gala in New York City. “It’s mustard roasted fish. It doesn’t even take 15 minutes to do it. It takes longer to preheat the oven than to do it. “It’s crème fraiche, two different types of mustard, salt and pepper and you slather it on the fish in the oven and it cooks really fast.”

Taylor and Ina became fast friends during a photo shoot last summer for Food Network Magazine, and this year both women grace the pages of Time’s 100 Most Influential People, under the "Icon"s category. While Taylor’s essay was written by none other than Mariska Hargitay, the 25-year-old country-turned-pop star penned Ina’s.

“As soon as I started watching Ina’s show, I realized why so many people adore her,” Taylor, who learned about Ina from her pal Lily Aldridge, wrote. “Her goal is to make things easier for us. Fans love her warmth and generosity.”

A day of cooking in the Hamptons with my HERO. How bad can that be? @inagarten @foodnetwork_mag


When Ina read the "Style" singer’s words, she was honored. “I was totally flattered,” she said. “It was really lovely.” Taylor wasn’t in attendance on Tuesday, but hopefully one day the two will be reunited on Ina’s cooking show. “She is a really good cook,” Ina mentions about spending the day together last summer. “She knows what she is doing.”

Safe to say, she learned from the best, but wouldn't it be even better if a certain Duchess joined in on the cooking action?