It was all about Courteney Cox on Monday as her family, fiancée and famous friends came out to support her directorial debut of her film Just Before I Go. Fiancée Johnny McDaid stood by the brunette beauty's side as well as ex-husband David Arquette, his wife Christina McLarty, her and David's 10-year-old daughter Coco and close friend Jennifer Aniston. 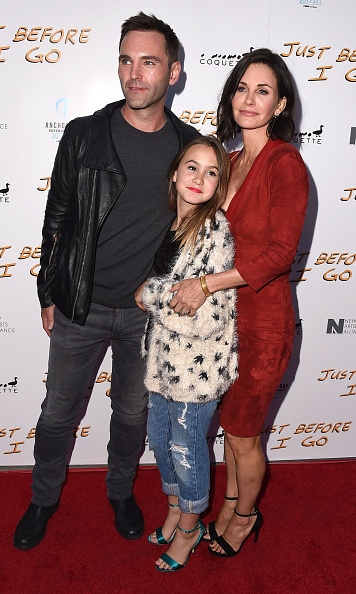 Clearly aware the attention was on her, the 50-year-old actress donned a red long-sleeved mini-dress that featured a plunging neckline and hugged her curves. The leather detailing added a little more edge to the look, which was turning heads. 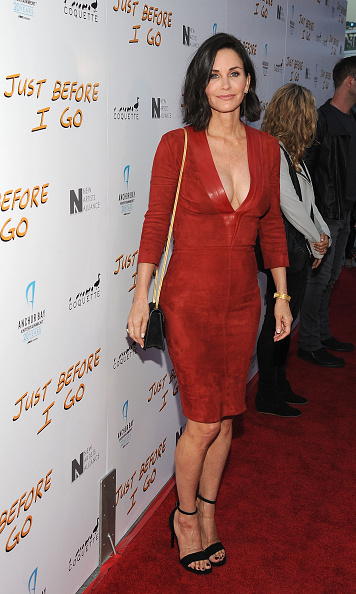 Like mother like daughter, Coco also showed off her sense of style wearing a black and white printed jacket, T-shirt, distressed jeans and colored strappy-heeled sandals.

The young fashionista spent quality time with her mom and dad at the event, as Courteney and David have remained friendly since their divorce in 2013. Coco also embraced her stepmother Christina, whom David married earlier this month, and soon-to-be-stepfather Johnny. 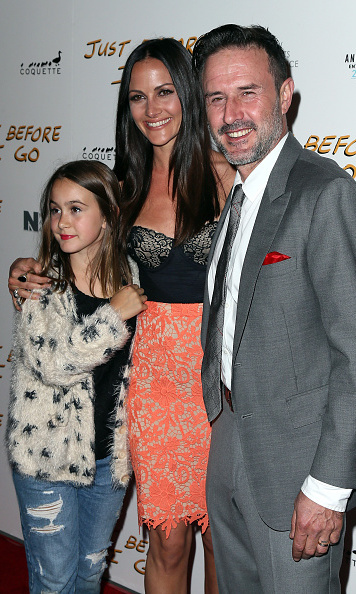 Certainly feeling the love, Courteney's Cougar Town co-stars Busy Philipps and Christa Miller came out to support the former Friends star as well as Jennifer Aniston, who wore an all black ensemble while getting silly on the red carpet. 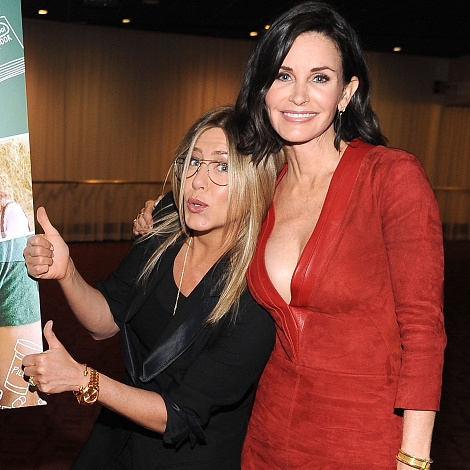 Also in attendance were Olivia Thirlby, Laura Dern, pregnant Ashlee Simpson and husband Evan Ross, who stars in the film that tells the story of a man (actor Seann William Scott) on the verge of giving up on life and travels to his hometown to make amends. 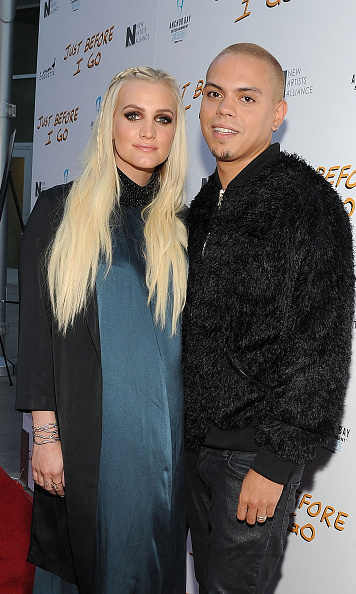 Calling the shots as director, Courteney had her ex-husband David, Elisha Cuthbert, Kate Walsh and Missi Pyle all take on roles in the film. Even her Irish fiancée Johnny wrote three original songs for the movie, proving it was truly a family affair.

Earlier in the day, the actress-turned-director stopped by the Ellen DeGeneres Show to chat about her engagement. "I got a Jen Meyer designed ring," she said on the show. "He [Johnny] designed it with Jen. It shows Johnny, myself and Coco." 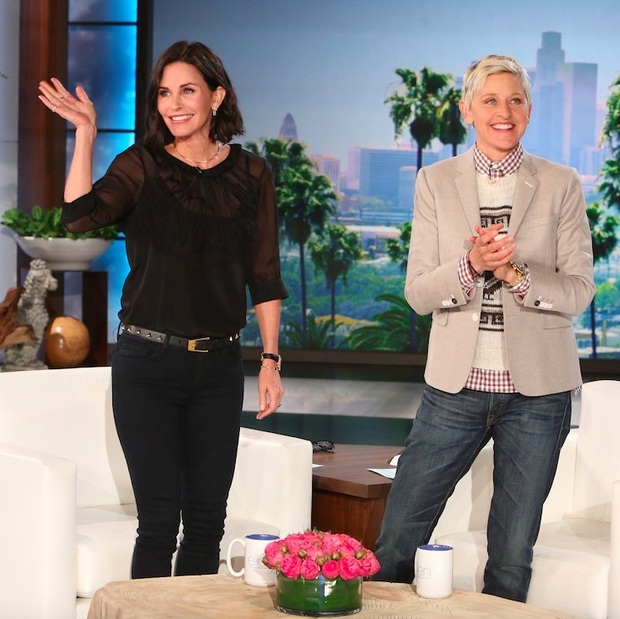 While Courteney is excited for wedding, her daughter is over-the-moon. "Coco is very excited about the wedding. I was going to hire a wedding planner, but apparently she wants to do it," Courteney added. "She's 10, but wants to do everything. She wants to be the maid of honor, which I think is weird. She wants to be the flower girl, all the bridesmaids. She very excited about it. She just sang at David’s wedding, because David got married last week, and she sang two songs... She’s loving this wedding stuff."

Could there be a songstress in the family? Not only did Coco sing at her father's wedding, but Courteney revealed she's going to be Elphaba in her school's version of Wicked and Coco sings one of the Snow Patrol artist's tracks in the opening of her indie flick being released in select theaters April 24 and on iTunes on May 12.

Watch Courteney gushing about her engagement below: