Ryan Reynolds was the victim of a hit-and-run in Vancouver on Sunday. The 38-year-old actor was hit by a car as he made his way through a hotel parking garage. "While walking, Ryan was struck by a paparazzi driving a car through an underground parking garage," his publicist Leslie Sloane confirmed to the Associated Press. "The man fled the scene. Ryan is okay." In an email to NBC, Brian Montague with Vancouver police said the star was not injured in Friday's incident and had no further details.

Ryan himself made light of the incident later on Sunday evening, when a reporter from CBC tweeted to ask him how he was doing after being hit by the car, and sent the star his phone number. "Put Beachcombers back on the air and I'll call," Ryan responded, referring to a popular Canadian TV series. 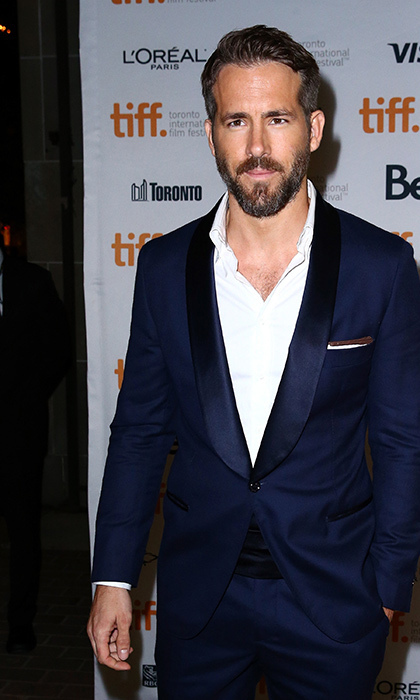 Ryan Reynolds was hit by a car in Vancouver on Sunday Photo: Getty Images


The Vancouver-born star has been back in his home city for several weeks filming upcoming superhero movie Deadpool. Ryan, who recently welcomed his first child with wife Blake Lively, takes the lead role in the film. He plays former Special Forces operative Wade Wilson, who, after being subjected to a rogue experiment that leaves him with accelerated healing powers, takes on the alter ego Deadpool to hunt down the man who nearly destroyed his life.

Last month, Ryan posted a picture of himself in his full Deadpool costume, lying on a bear-skin rug in front of a fire in a spoof image of Burt Reynolds' infamous naked centrefold for Cosmopolitan in the 1970s. Underneath the photo, Ryan wrote: "With great power, comes great irresponsibility. #deadpool #officialsuit @deadpoolmovie."

As well as working on his latest film, Ryan has been embracing fatherhood following the arrival of his daughter in December. Ryan and Blake have not showed off their baby girl, but Ryan did confirm her name during an interview on the TODAY show, after months of speculation. "It's Butternut Summer Squash," joked the 38-year-old star. "No, it's out there. It's James. Everyone knows."

While the couple has kept details surrounding their daughter's birth private, Blake caused a fresh bout of confusion over who James' godmother really is. It was previously stated that Blake had called on her Sisterhood of the Traveling Pants co-stars Amber Tamblyn, America Ferrara and Alexis Bledel to take on the role, but according to a new report, Blake made no such request. 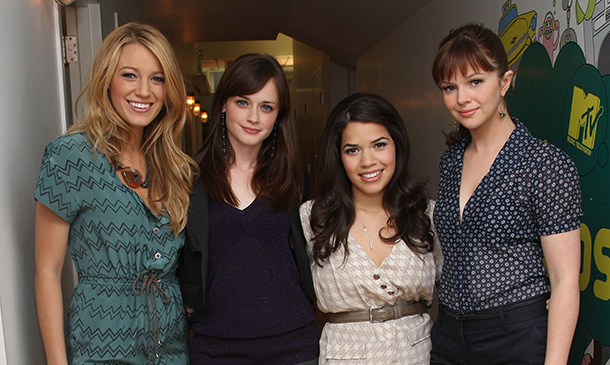 "I never named them my godmothers," she told E! News. "They're my dear friends. I would say my baby has a lot of fairy godmothers." The 27-year-old actress, who was the youngest of five children growing up, instead claimed she had someone else in mind for the motherly role. "My sister [Robyn] would be the one to take care of my baby," she said.

The revelation comes after Amber made an appearance on Nick Lachey's VH1 show Morning Buzz Live earlier this week. "You're still very close and the three of you are godmothers to Blake Lively's baby – is that a fact," Nick asked Amber, to which the Two and a Half Men star replied, "Yes, that is a fact." 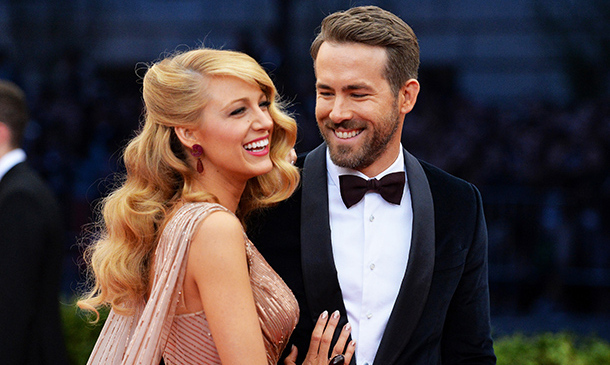 Clearly there is a lot of love for this baby though! Ryan described fatherhood as "the best" during an appearance on The Late Show with David Letterman and revealed he had never expected to feel so protective over his daughter.

"I used to say to (Blake), 'I would take a bullet for you. I could never love anything as much as I love you.' I would say that to my wife," he told the chat show host. "And the second I looked into that baby’s eyes, I knew in that exact moment that if we were ever under attack, I would use my wife as a human shield to protect that baby!"