Blake Lively turned to three very special friends when it came to choosing godmothers for her baby daughter James: her Sisterhood of the Traveling Pants co-stars, Amber Tamblyn, America Ferrera and Alexis Bledel.

During an interview on Nick Lachey’s VH1 show Morning Buzz Live Amber was asked about the trio being given the honor. "You're still very close with your co-stars and the three of you are godmothers to Blake Lively's baby – is that a fact," Nick asked the actress. "Yes, that is a fact," Amber replied, to much cheering and applause from the audience. 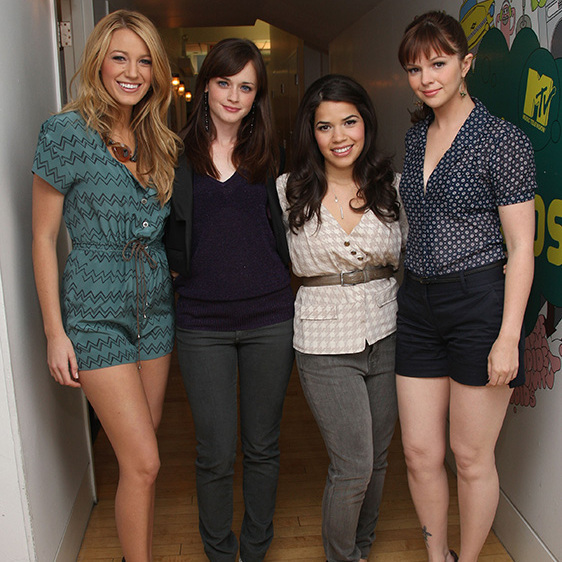 It’s no secret that Blake, Amber, America and Alexis have remained very close sine filming two Sisterhood films together. The co-stars were on hand when Blake and Ryan Reynolds tied the knot in a super private ceremony in South Carolina in September 2012, and they all reunited when Amber married David Cross the following month.

There’s also a good chance the girls will be back on screen together soon, with reports a third film is in the pipeline. America revealed back in February that a script was in the works. "They're my girls, three of my best friends to this day," she told Meredith Vieira of her co-stars.

Blake and Ryan welcomed their baby daughter in December, but have yet to debut their little girl. Proud father Ryan finally confirmed her name during an interview on the Today show, after months of speculation. "It's Butternut Summer Squash," joked the 38-year-old star. "No, it's out there. It's James. Everyone knows." 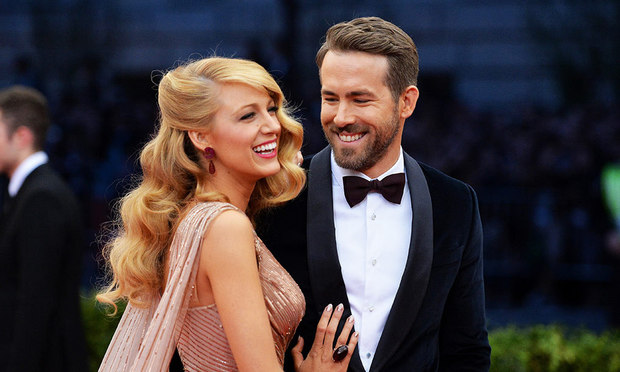 Ryan is clearly a doting dad; he described fatherhood as "the best" and revealed he had never expected to feel so protective over his daughter, during an appearance on The Late Show with David Letterman.

"I used to say to (Blake), 'I would take a bullet for you. I could never love anything as much as I love you.' I would say that to my wife," he told the chat show host. "And the second I looked into that baby’s eyes, I knew in that exact moment that if we were ever under attack, I would use my wife as a human shield to protect that baby!"