The couple that photobombs together, stays together, right? Adorable duo Ashton Kutcher and Mila Kunis did just that during opening day at Dodger Stadium. The actor took to his Facebook page to share a selfie of him and his actress partner before popping up in the background of a friend's photo. 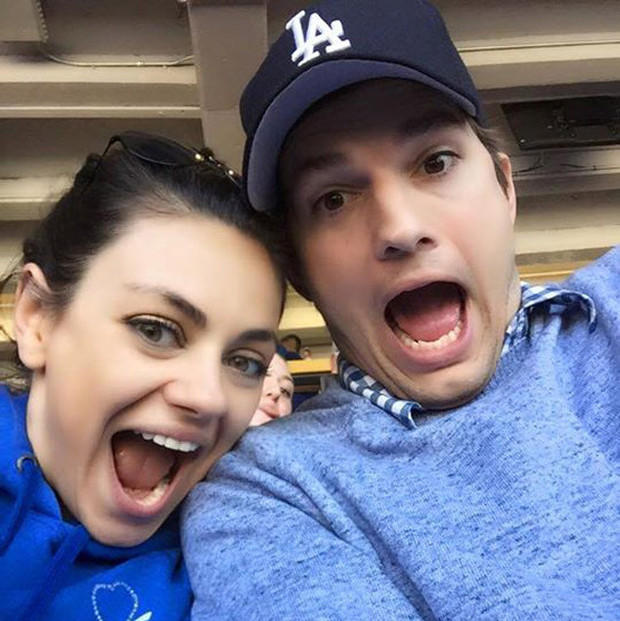 
"Love winning on opening day. Go Dodgers," the 37-year-old wrote as he watched the Dodgers defeat the San Diego Padres 6-3 with his ladylove on Monday. Clearly in a good mood, the adorable duo proceeded to make silly faces behind their pals Josh Server (of Nickelodeon's All That fame) and Jason Bergenfeld, who were snapping their own selfies. "Opening day w/ @jasonbergenfeld & our seats were pretty cool," Josh told his Twitter fans. "They were so nice! @aplusk #photobomb #flybys #mila." Ashton re-posted the collage of pics writing, “Photo bomb!!!" 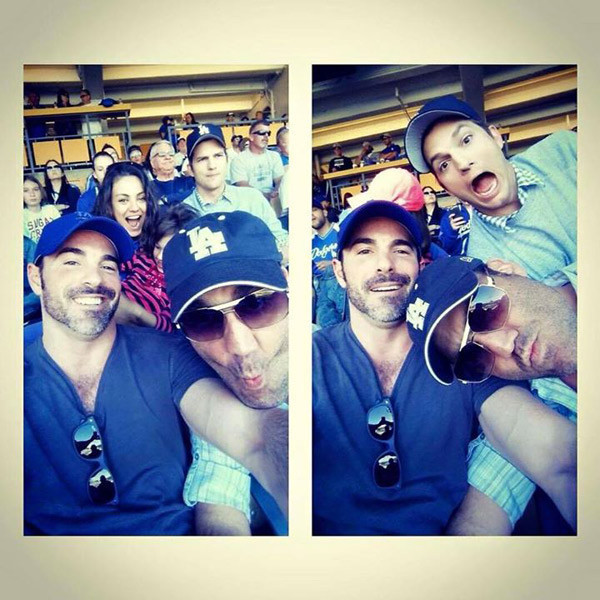 
But, if there is one thing the Ashton loves more than comedy, it's sports. Mila recently told Conan O'Brien that the new father is hoping to get their 6-month old daughter Wyatt into athletics. "If it were up to him, she would be the very first female professional NFL coach, specifically for the Chicago Bears… so that is what he is molding her to be," she said. "By forcing her to watch football every Sunday, Monday night and Thursday night — and no, I'm not kidding, everybody! This child has worn a Chicago Bears onesie every Sunday of her life, every Monday night of her life and every Thursday night of her life — and never twice." 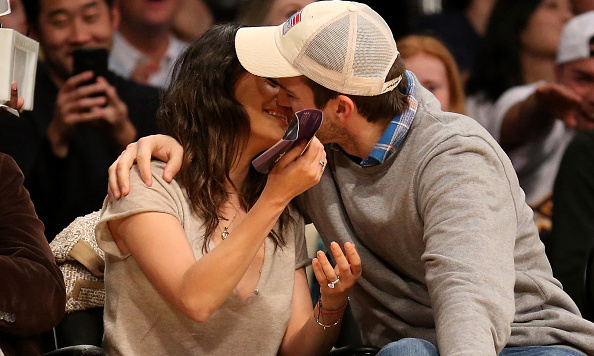 
That 31-year-old starlet continued, "She will love football. She will love football if it's the last thing she does." Mila and Ashton can often be seen at sporting events together. They've been spotted kissing courtside at basketball games, cheering on the Chicago Bears from the stands and even cuddling at the rodeo.