If there is one thing Taylor Swift takes more seriously than her singing career, it's Easter egg hunts. The 25-year-old singer took on her brother Austin in an all out battle to find the most eggs in a competition that her parents set up.

"When your parents arrange a competitive sibling Easter egg hunt, failing to take into account that their children are Ross and Monica," Taylor wrote in an Instagram post on Sunday. The clip shows the brother-sister duo running around outside, pushing each other out of the way and Taylor using her bag as a weapon.

When your parents arrange a competitive sibling Easter egg hunt, failing to take into account that their children are Ross and Monica.

In a second post, the songstress can be seen running around quickly scooping up eggs wearing black and white printed leggings, a grey top and bright yellow sneakers. "I'VE GOT LIKE A HUNDRED GOOD LUCK," she wrote.


While she may have won the egg hunt, she also excitedly posted about the treats from the Easter bunny aka her mom. "When you're 25 and your mom is still like…" she captioned the pic.


But, it was Taylor who was doing the surprising the night before. She attended the birthday party for best friend Abigail Anderson in Nashville where Paramore's Hayley Williams, Lily Aldridge and husband Caleb Followill and members of Kings Of Leon attended. Despite attending a concert together on Thursday in Los Angels, Calvin Harris was not one of the revelers at the party which Taylor wrote about on Instagram saying, "Celebrating 25 years of Abigail being alive and 10 yrs of being her best friend!"


Of course, the "Shake it Off" singer wasn't the only one getting in the celebratory spirit this weekend. Several other celebrities took to social media to share their Easter festivities as well.

Kim Kardashian posted a photo of her making baskets for the holiday and later went to church with her family including husband Kanye West, Kourtney Kardashian, Khloe Kardashian, Kris Jenner, Kylie and Kendall Jenner, who were all dressed in white. 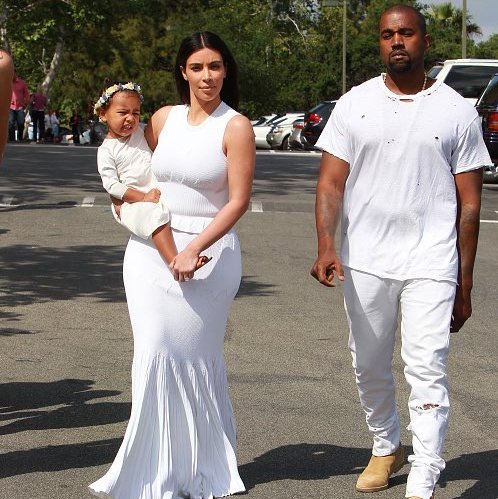 Kim, Kanye and North dressed in all white for Easter Photo: Getty Images

Mariah Carey and Nick Cannon reunited for their twin children on Sunday as they participated in their own egg hunt. Meanwhile Victoria Beckham shared a silly pic of her son with a bunny-shaped pancake on his face and Beyonce posted a photo her artistically crafted dyed eggs. 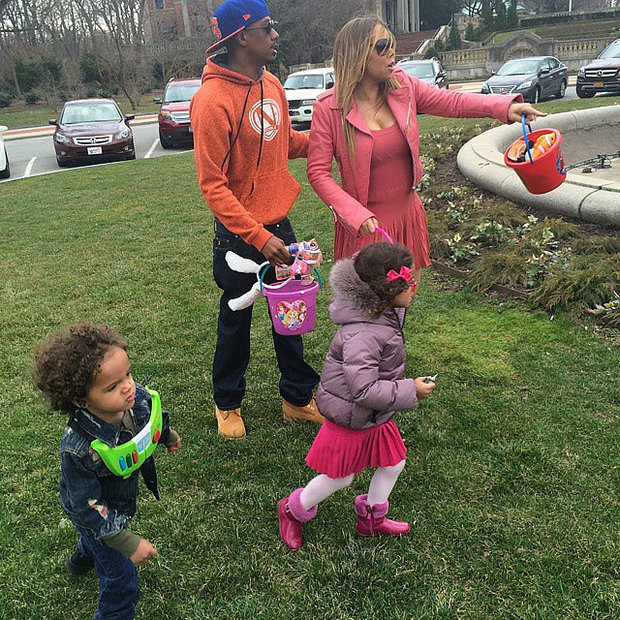 Nick and Mariah joined their twins for an Easter egg hunt Photo: Instagram

Sofia Vergara and Joe Manganiello had an outdoor brunch with family while Selena Gomez shared that she was spending Easter with her L.A. family.

Click on the picture below to see how many more celebs spent their Easter: 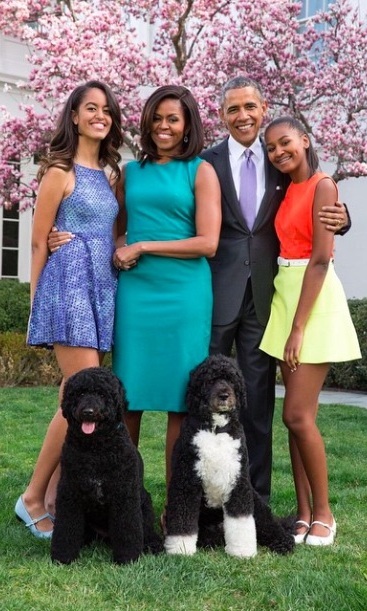