Wife, mother and actress — Jennifer Garner certainly has her hands full. But the super woman is still able to recall daily details like the designer of her outfit and is a master at planning. As she prepares for her next role in Danny Collins, a comedy-drama about a rockstar who discovers a letter John Lennon wrote to him 40 years ago, the 42-year-old dishes on home life with longtime love Ben Affleck and their three children, Violet, 9, Seraphina, 6, and Samuel, 3. 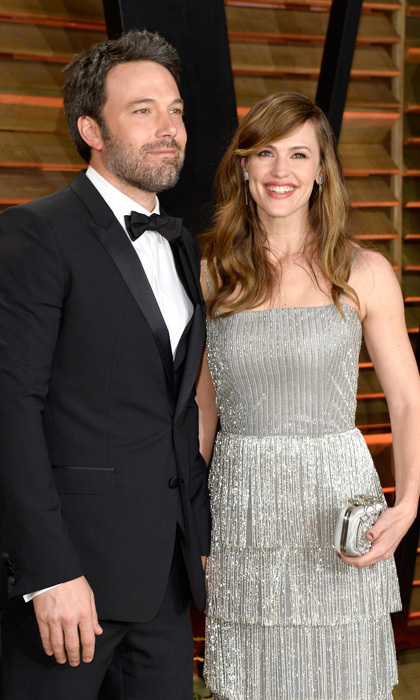 "I love being at home," Jennifer tells our sister magazine HELLO! Canada exclusively. "I have been home for the past year, and the kids and I have had a blast." She goes on to say how she and her hunky husband take turns working on set and that they make each other a priority. "We are not afraid to get on a plane to get to each other," she says. "There are hard things about the fact that movies aren’t made in L.A. very much, and yes, those things are tricky, but at the same time, you have to keep things in perspective. We have it pretty good, so we try not to get mired down in a woe-is-me attitude." 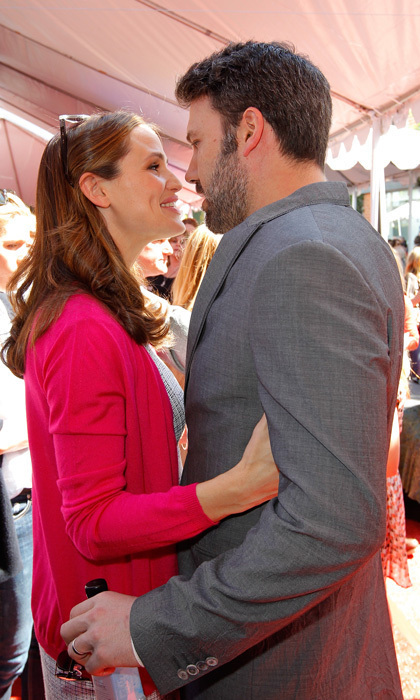 The actress couldn't help but gush about her husband Photo: Getty Images

Although marriage can be "challenging" at times, the brunette beauty admits she doesn't need to spoil herself because she feels her life is "pretty great." She adds, "There’s nothing for me to complain about."

Jen finds the most satisfaction being with her kids. "That’s where I spend the bulk of my time," she says. "But that doesn’t negate in any way the fun I have doing my job, how much I love it or how much I get back from acting." And after spending a chunk of time away from movie sets, she's excited to play Al Pacino's daughter-in-law in her new film. "It was like heaven on earth," she says of working with the legendary actor. "We had the best time just keeping up with his texts, his love life, his kids. It was just fun." 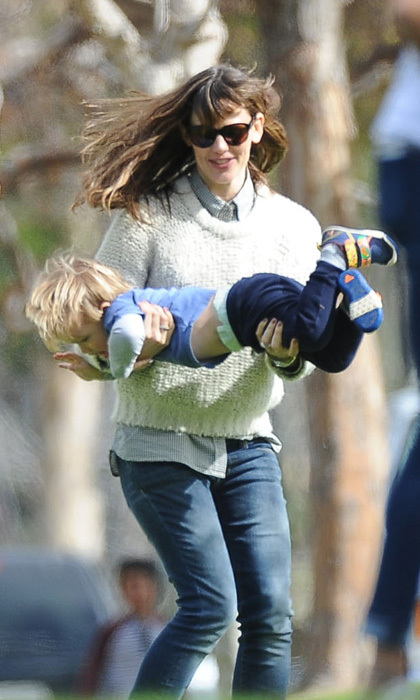 Jen's number one priority is her children Photo: Getty Images

As much as she loves acting, Jennifer is protective over her children, saying she doesn't want them to get into the business too early. "I wouldn’t let them do it," she says. "Personally, I love kids who love this and their parents who support it, but it would be a different thing if it was our child. Our kids should be little kids. They don’t need any more attention than they get, believe me!"