It seemed as if Shondaland relocated to the Beverly Hilton Hotel on Saturday night for the GLAAD Awards. Shonda Rhimes had a fun night out with Scandal star Kerry Washington and Viola Davis along with other cast members from How to Get Away with Murder. Kerry, who received the Vanguard Award, gave a moving speech to a crowd that included Zoe Saldana and husband Marco Perego as well as Channing Tatum and Jenna Dewan-Tatum. 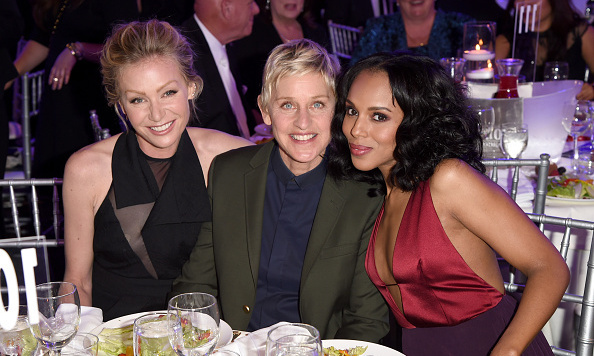 
Earlier in the week, Kaley Cuoco made her way to the Beverly Hilton Hotel for A Night at Sardi’s to benefit the Alzeihmer’s Association. Julianne Hough attended the Create and Cultivate’s Speaker Celebration at the Line Hotel while Ashley Greene supported the Children’s Hospital of Los Angeles at a toy drive.

It was a mom’s getaway for Kourtney Kardashian who kicked off pool season in Las Vegas with some girlfriends. She hosted Marquee Dayclub’s party as sister Khloe hosted at 1OAK Nightclub the night prior and hung with singer Cassie.

Miley Cyrus made her way from hanging with Zoe Kravitz at the Converse Fader Fort during the SXSW festival to Las Vegas. In Sin City, she hosted Saturday night at the new Omnia Nightclub in the Caesars Palace.

Ashton Kutcher and Mila Kunis also spent some time in Austin during the launch of the actor and Guy Oseary’s Sound Ventures. The cast of VEEP, including Julia Louis Dreyfus, enjoyed a lovely dinner with Marie Claire at the Spotify House in Austin.

In Manhattan, Bradley Cooper was reunited once again with his favorite on-screen costar — Jennifer Lawrence. The duo were constantly giggling on the carpet of the Cinema Society and Dior Beauty screening of their new film Serena. Jennifer changed into a Helmut Lang black dress for the afterparty at Top of the Standard. 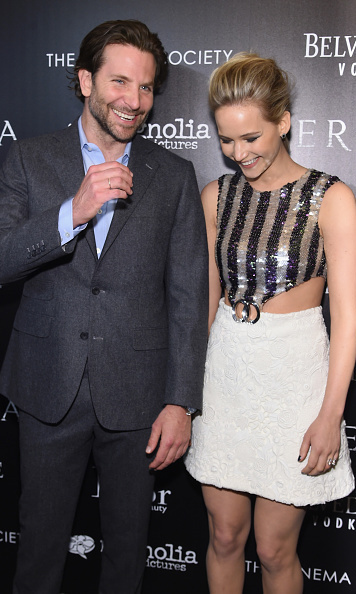 Another Jennifer — Jen Garner — was also in town for her new movie Danny Collins. The actress arrived to the theater in style. She got out of a Mercedes Benz SUV in a white coat and black dress. Later, Jen hung with Bobby Canavale during the afterparty at Stone Rose.

David Beckham and his scruffier look turned heads during an appearance for H&M in Madrid, Spain while Gerard Butler had ladies swooning in Dubai for a Hugo Boss photocall.

Click the photo below to see where all the must-see stars were this week: 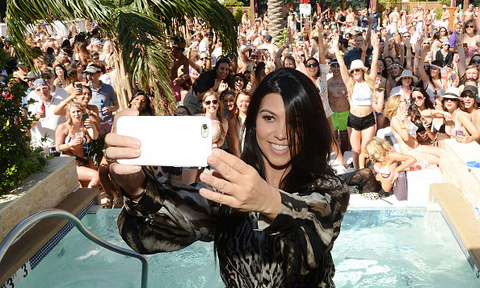