Both Rihanna and Jennifer Lawrence showed us their wild side this week. 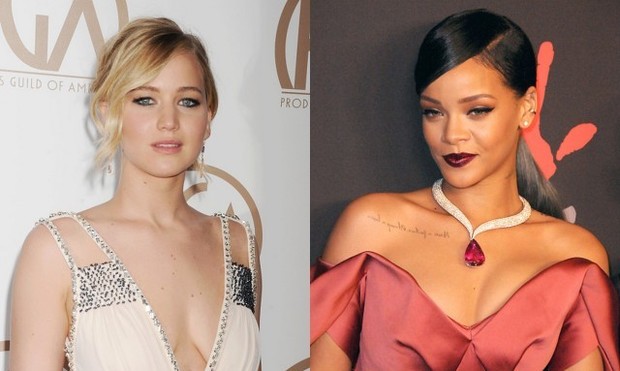 First, the Barbados native jumped in the tank at the Florida Aquarium in Tampa to swim with the fishes — and sharks — for the March Harper’s BAZAAR cover. 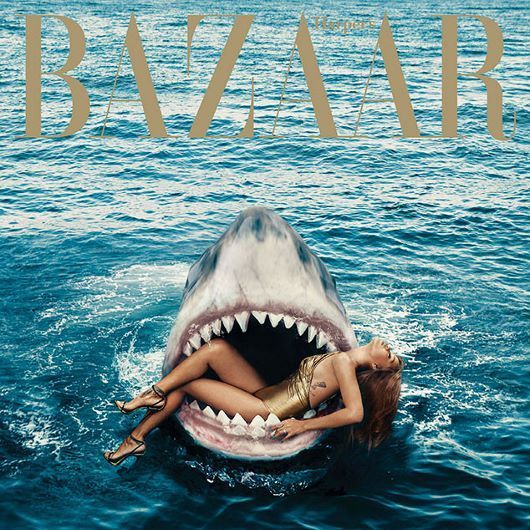 In the issue, the 26-year-old singer pays homage to the soon to be 40th anniversary of Jaws. She explained that growing up on the Caribbean island, she was obsessed with the film.

“It freaked me out because I was a beach baby, so every time a new Jaws came out, I would take months off from the beach or just sit on the sand,” she said. “If I happened to get in the water, my dad would hum the theme music, and I was right back out of it.” 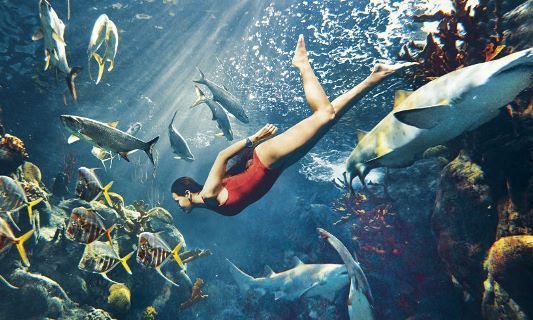 Riri swam with the fishes at an aquarium in Tampa Photo: Norman Jean Roy for Harper's BAZAAR

She continued, “But that was really my fault because I was obsessed with Jaws. Steven Spielberg was my childhood hero.” 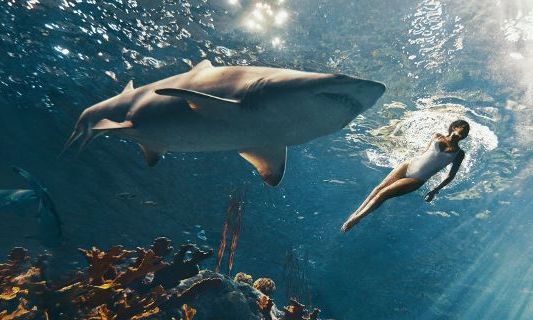 The island beauty didn't seem to mind being that close to a real shark Photo: Norman Jean Roy for Harper's BAZAAR

As for Jennifer Lawrence, she took it even further and posed nude for Vanity Fair’s March issue. The Hunger Games star swapped her bow for a giant Colombian red-tailed boa constrictor for the revealing shoot done by Patrick Demarchelier that replicated the 1981 Vogue portrait Richard Avedon did of Nastassja Kinski.

“Jennifer has the perfect combination of strength, sexuality, and humor, and, above all, tomboy to pull this off,” explained V.F. fashion and style director Jessica Diehl, who styled the shoot. 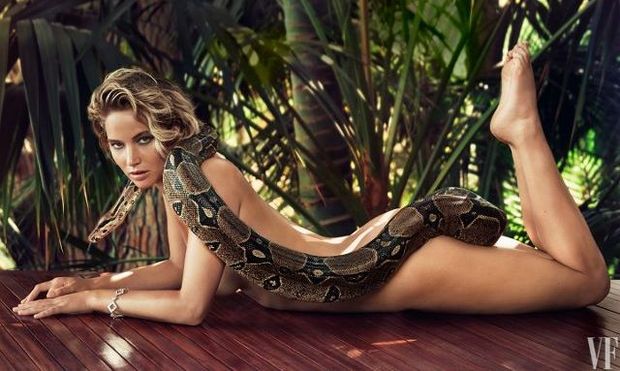 Jennifer showed nothing but skin for this VF shoot Photo: Patrick Demarchelier for Vanity Fair

For the most part, the 24-year-old kept her cool in front of the massive snake but did get a bit uncomfortable when it started to wrap itself around her neck.